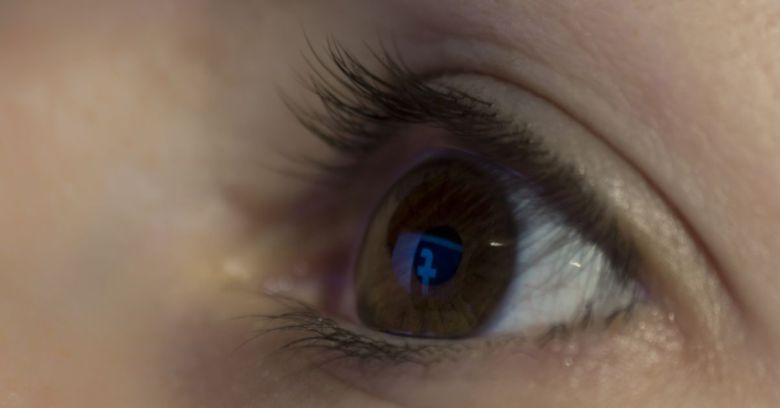 On 8 July 1978, the crew of a small wooden fishing boat made a ghastly discovery: floating less than 200 yards off the Guatemalan shoreline were the bodies of two young adults: a man and a woman.

It would turn out that the woman had been raped, they had both been beaten, and their killer had tied them to heavy engine parts before throwing them overboard to drown.

Forty years later, the man’s long-grieving sister has published a book in which she tells the story of how she tracked down the murderer, long after the case had grown cold, by using Facebook.

Writing for the Daily Mail, the surviving sister, Penny Farmer, describes how her brother, a 25-year-old, newly qualified doctor by the name of Christopher Farmer, had set off on a tropical adventure with his lawyer girlfriend, 24-year-old Peta Frampton.

Their voyage started in 1977: seven years before Facebook’s founder had even been born, and long before the World Wide Web existed. Farmer says that the young couple kept her family informed of their travels – leaving their hometown of Manchester, in the UK, they travelled through Australia and the Pacific islands to Los Angeles and then through Mexico to Belize – via phone calls and detailed letters that Peta wrote to her mother, who lived across the road from the Farmers.

The last time that their families heard from them was in a letter dated 28 June 1978, in which they explained that they’d agreed to charter a yacht down the Caribbean coastline from Belize to Honduras with an American sailor named Silas Duane Boston.

It was a bargain for the young, adventuresome couple, wrote Penny Farmer:

He had offered Chris and Peta the chance to sail 150 miles with him and his boys down the coast to Honduras for $500 … For the young couple, it seemed too good an opportunity to miss.

Boston had his two sons with him on the 32-foot sailing boat, which he used to ferry tourists to the islands off Belize for what Farmer described “as a ‘Robinson Crusoe’ experience, mooring at white sandy beaches and spearing fish for supper.”

After that final letter, the couple dropped off their families’ radar. Granted, communications were dicey back then, but Penny’s father grew desperate to find out where they were. He wrote to the harbor master in Belize City in September, asking for records of the boat, which was christened the Justin B.

Weeks later, the harbor master wrote back, but the news wasn’t good. Christopher and Peta had been on the crew list when the boat left port, but there was no record of them having been on board when it next docked. Honduran authorities, meanwhile, told the families that the visas which the couple had purchased had never been used.

Boston and his two sons turned up in California in mid-September. Penny says he was “evasive” during a phone conversation with the British Consulate in San Francisco. The families were suspicious, but there was no solid evidence to tie him to the disappearance of the two young people.

In January 1979, news came – through a private investigator – of the fishing crew’s horrific discovery of the bodies back in July 1978. The bodies were too decomposed to identify, and they were buried in unmarked graves.

Penny said that her family’s suspicions about Boston being responsible for the killings spiked after learning, through Interpol, that the man’s third wife and the mother of his two boys, Mary Lou, had disappeared in September 1968. Manchester Police asked detectives in Sacramento to interview Boston and his sons in May 1979, but by that point, he couldn’t be found: he had taken his sons and disappeared.

It was 37 years later, in 2015, that it occurred to Penny that times had changed. She didn’t have to rely on snailmail anymore. The world had gotten much smaller with the advent of the internet, and at her fingertips was a powerful research tool to track people down: namely, Facebook.

It suddenly struck me that we now live in a different age. We have the worldwide web as a source of almost limitless information, rather than the painfully slow exchange of letters of the late 1970s. I began to scour the internet, driven by the belief that if I looked hard enough, I would get to Boston – and the truth.

It didn’t take long. First, she found Boston’s eldest son, Vince. She describes him as “a 50-year-old aviation electrician living in Arizona.” On his page was this account of his mother’s slaughter:

My mother was killed at 23 with a gun.

She also tracked down Vince’s brother, Russell, a 49-year-old illustrator living in California.

My head was spinning, we always knew the brothers were the two people we desperately needed to talk to and I sent them private messages urging them to tell me what had happened on the boat.

Eventually, she tracked down the killer himself. Boston was living in a nursing home in Eureka, California. A couple of years earlier, having complained of having no friends, a sympathetic caregiver had set up a Facebook page for him.

What harm could come from a Facebook page, after all?

His Facebook picture was of a grizzled 74-year-old with a white beard wearing a T-shirt under a denim shirt, a baseball cap and sunglasses. … Though I instantly hated him, my overwhelming feeling was relief he was still alive to face justice.

Eleven days after Penny had contacted Vince on Facebook, on 13 October 2015, he provided a statement to Sacramento Police. He told a detective that “it was an open family secret” that his father had killed his mother, but no one knew where he had buried her.

Vince also told the detective that, at the age of 13, he’d witnessed the murder of Christopher and Peta on the Justin B.

Vince had repeatedly tried to tell authorities what he’d seen, but he had no luck.

Vince had joined the US Navy in 1982 at the age of 16, and his first act on escaping Silas Duane Boston’s evil grip was to tell police in London what he had seen four years earlier. He gave Chris and Peta’s full names, but was told there was no file on the case.

Further attempts by Vince and his brother Russell to get the case taken seriously on both sides of the Atlantic fell on deaf ears.

Penny said that Russell corroborated Vince’s account and produced “crucial” photographs showing Chris and Peta aboard the Justin B.

At the age of 75, Boston’s “loathsome” past finally caught up with him, Penny writes. He was charged with the murders of Chris and Peta on 1 December 2016. But “it is unlikely they were his only victims,” she writes.

In fact, the BBC reports that Boston had confided to Russell about having killed 33 people: a tally that would make him one of the most prolific serial killers in American history, if the confession were true. He had threatened to kill Russell and his brother, Vince, immediately after killing Chris and Peta, to keep his secret safe, the BBC reports.

But after years of alcohol abuse, his health was already failing and Boston died in custody on April 24, 2017, three weeks before Mum and I were due to fly out for a pre-trial hearing.

It’s a story worthy of Hollywood, she says.

It’s also a testament to the power of the internet, and social media, as tools in the investigative arsenal. Thanks to the ability to find people who’ve evaded investigators for years, we can look forward to justice being served on others.