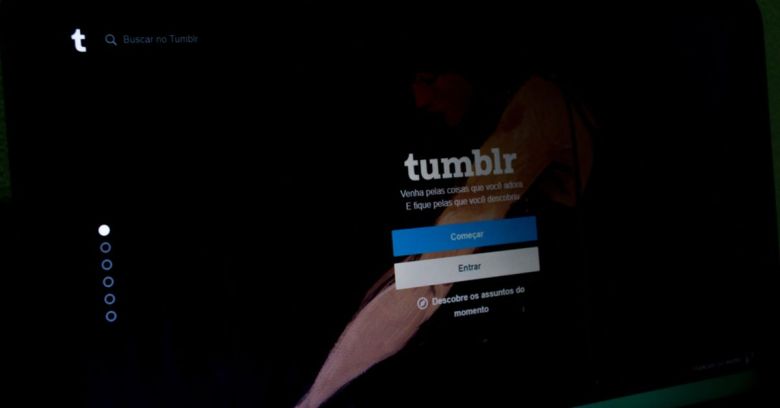 Back in March, Motherboard found nearly 70 Tumblr blogs dedicated to sharing creepshots: the still shots and videos taken by mouth-breathers who follow women around, generally in public, to grab suggestive images… including those the creeps get when they hide, say, under a clothing rack in a department store, sticking out a camera-holding hand to get upskirt shots of unsuspecting women or girls.

Tumblr had, as Motherboard put it in its headline, a “massive creepshot problem.”

The anonymous tipster who first alerted Motherboard to the swarm of creepshot sharers/uploaders/traders said it was “only the tip of the iceberg”:

There are probably hundreds of these accounts filming in high schools, college campuses, in malls, and on the streets. And Tumblr seems to not care at all about the problem.

Indeed, at the time, Motherboard noted that one of the most popular creepshot Tumblrs had some 11,000 followers, with one of its posts linking to over 53,000 interactions – that includes reblogs, where the video or picture appears on a user’s own Tumblr and hence spreads even further. The images were taken by people who, from the looks of it, didn’t refrain from stalking the underaged, since some of the images appeared to be of teenagers or even younger girls.

Well, here it is, five months later, and something must have elbowed Tumblr into caring.

The new Community Guidelines will go into effect on 10 September.

On that date, Tumblr says it will strip out any ambiguity from the “zero-tolerance policy on non-consensual sexual images” that was already in place – a policy that didn’t manage to staunch the flood of creepshots.

The simple statement it’s adding (in bold) to its existing policy on harassment, in order “to remove any uncertainty”:

Posting sexually explicit photos of people without their consent was never allowed on Tumblr, but with the invention of deepfakes and the proliferation of non-consensual creepshots, we are updating our Community Guidelines to more clearly address new technologies that can be used to humiliate and threaten other people.

Tumblr is also striking 41 words from its hate speech guidelines: words that had set the bar a little high, stipulating that a post needed to be “especially heinous” to merit reporting. The words that are coming out:

The platform is also outlawing the posting of “gore” that could inspire copycat violence, as well as other content that glorifies or incites violence or its perpetrators:

Not all violence is motivated by racial or ethnic hatred, but the glorification of mass murders like Columbine, Sandy Hook, and Parkland could inspire copycat violence. With that in mind, we’re revising the Community Guidelines on violent content by adding new language to specifically ban the glorification of violent acts or the perpetrators of those acts.

As of Tuesday, there were no creepshot blogs to be found on Tumblr. The only remnant of content of this ilk seems to be allusions to Predditors: the vigilantes who took it upon themselves to dox the creepshotters who were uploading non-consensual images of women to Reddit.

Although discussions about the appropriateness of the actions of Predditors are still to be found on Tumblr, the Predditor blog itself was accidentally shut down, brought back to life in 2012, and has since then been snuffed again.

Given the fact that Tumblr’s apparently seen the error of its more creepy ways – at one point, one of its blogs featured a creepshot how-to – and that Reddit banned creepshots, we can assume, or at least hope, that users won’t perceive a need for another Predditors-like blog.

That might be pie-in-the-sky thinking, given the way technology keeps coming up with new ways to harass people, a la deepfakes. But here’s hoping that Tumblr manages to make it back to the Shangri-La it says it started out as: the place where people could “take one person’s idea, build on it, and share it as something new” that “transformed Tumblr from a simple blogging site into a place where people were talking, exploring, learning, and growing through reblog chains.”