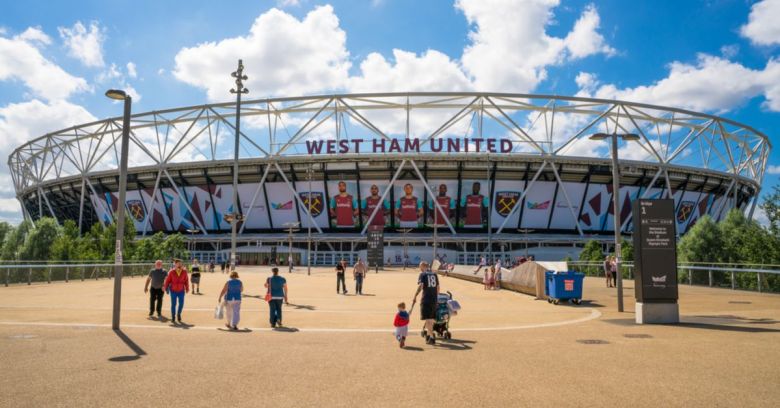 Staff at the London football club West Ham United dropped the ball last week, emailing ticket confirmations to fans en masse, Ccing them all instead of sending them each a blind carbon copy (Bcc).

West Ham’s email to away season ticket holders confirming their ticket for Wimbledon has cc’d in every single person who has got the ticket.

Massive data breach for a top PL club. Fine can be up to 4% of annual income. Hugely embarrassing for club.

Any Bcc/Cc blunder is a breach of privacy, scattering email addresses far and wide. Some gaffes are worse than others, though …and more expensive.

Last month, the Information Commissioner’s Office (ICO) said that it had fined the Independent Inquiry into Child Sexual Abuse (IICSA) £200,000 (USD $260,000) over one such mistake, which exposed possible victims of child abuse.

The West Ham glitch is nothing as sensitive as that, in spite of one tweet:

That's the most embarrassing data breach since the time that adultery app's list got leaked. In fact, worse - being outed as a West Ham fan? Ouch.

But while it may not be as serious, that’s not to say that the football team is immune from the privacy watchdog’s notice. Will the slip lead to a fine?

The ICO hadn’t yet said anything about a potential inquiry or fine, according to The Register.

As some have pointed out, the ICO might well be inundated with plenty more consequential blunders than this one at this point: after all, in May, the GDPR came into its full, fine-inflicting legality.

Well, what not to do is include everybody’s email in the To: or Cc: fields, like West Ham and so many others before it have done. Like, say, Ghostery, which did it, ironically enough, in an e-brag, “Happy GDPR Day” note about its “high standards” when it comes to user privacy.

As we’ve said before, the commonality of Cc/Bcc goofs means that there’s either a basic design flaw in email, or that normal email clients might be the wrong tool for the job.

If your organization is sending sensitive emails, it’s worth it to look into hiding your email client’s To: and Cc: fields so that you simply can’t enter email addresses in a way that allows them to be shared. Alternatively, you could use an email marketing platform that sends an individual copy of your email to every person on a mailing list.