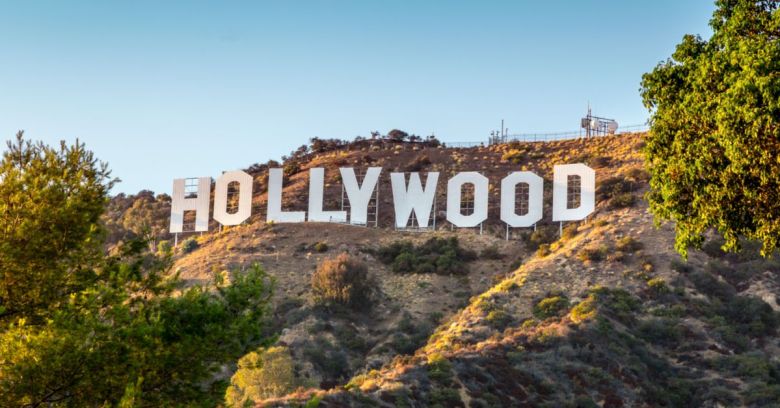 “Hey,” Hollywood studios are saying to those darn IMDb ‘pirates’, “those listings of our own work look suspiciously like our own work!”

As Torrent Freak reports, it’s not Sony Pictures Television, National Geographic or Columbia Pictures’ copyright lawyers that have spontaneously developed dementia. Rather, it’s the armies of “largely automated” bots they deploy each day to scour the internet for references to pirated content.

The result: a slew of bone-headed DMCA notices have been sent out to perfectly legitimate sites, including IMDb, which stands for Internet Movie Database and contains a wealth of information about films, TV programs, video games, and internet streams, including cast, production crew and personnel biographies, plot summaries, trivia, and fan reviews and ratings.

After the bots think they’ve spotted piracy, they report the links to various online services, including Google. It works fine, except when it doesn’t.

Last month, bots with bugs started to wheeze. As Torrent Freak reported, even its own publication was targeted with takedown notices, along with several other sites that cover censorship-related issues. Multiple Hollywood studios have thus been inadvertently asking Google to remove IMDb listings of their own work, according to the publication.

Torrent Freak, along with the also-targeted Electronic Frontier Foundation (EFF), says that a service called Topple Track was at the heart of the problem. At least, it was at the heart of the first wave of these frivolous notices until was forced to cease operations last month. Now, however, a new, equally flawed reporting service appears to have picked up where Topple Track sputtered off.

Torrent Freak gave this example of the takedown notices being sent to perfectly legitimate sites: it was sent to Google on behalf of Melbourne artist Gamble Breaux, supposedly listing sites that linked to infringing copies of her song This Time, Torrent Freak reports.

Yet as the publication notes, most, if not all, of the links in the notice are “completely unrelated.” That goes for a Torrent Freak article on pirate site blocks in Denmark, and a Danish news report on the rise of illegal streaming.

As the EFF noted in an article about the issue last month, Topple Track has been peppering a variety of innocent sites with false infringement claims: besides the digital rights group itself, it’s seen bogus notices sent to news organizations, law professors and musicians.

Symphonic Distribution, which runs Topple Track, apologized to the EFF, explaining that “bugs within the system” had resulted in allowlisted domains receiving the notices by mistake. Symphonic said that it’s issued retraction notices and, as of 10 August, was working to resolve the issue.

The EFF’s response: Meh! We’ll believe it when we see it:

While we appreciate the apology, we are skeptical that its system is fixable, at least via whitelisting domains. Given the sheer volume of errors, the problem appears to be with Topple Track’s search algorithm and lack of quality control, not just with which domains they search.

The EFF calls Topple Track “a poster child for the failure of automated takedown processes.”

It linked to a slew of improper notices, the targets of which have included:

Daniel Nazer, EFF senior staff attorney, said that the EFF “cannot comprehend how Topple Track came to target EFF or Eric Goldman” on behalf of an artist going by the name of “Luc Sky.”

Torrent Freak, however, can. On Sunday, it reported that upon taking a close look at the reports, it appears that most are going to “classic pirate sites.” But the Topple Track bug seems to be switching certain links to the “infringing field” in some circumstances:

The IMDB links are mostly used as a reference to the original content. However, it appears that due to a bug in the system the IMDb links move to the “infringing content” field when there are no pirate links to report, as shown below.

Last month, Topple Track disabled the tool that was spewing the faulty takedown notices. The problem, however, turns out to be wider spread than that: Torrent Freak says that the past few weeks have seen a bunch of DMCA notices going out to IMDb, but this time around, they’re coming from a UK-based reporting agency called Entura International. The publication reached out to Entura to report the issue and request a comment, but it hadn’t heard back as of Monday.

Fortunately, most of IMDb’s links are allowlisted, so Google hasn’t removed any of the inaccurately reported sites. But as the EFF points out, even the most ridiculous takedown notices are no laughing matter: they have serious consequences.

Many site owners will never even learn that their URL was targeted. For those that do get notice, very few file counternotices. These users may get copyright strikes and thereby risk broader disruptions to their service. Even if counternotices are filed and processed fairly quickly, material is taken down or delisted in the interim. In Professor Goldman’s case, Google also disabled AdSense on the blog post until his counternotice became effective.

As for smaller sites? Some that lack the clout of IMDb might be taken down for no reason whatsoever, as Torrent Freak notes.

One takeaway from the mess: bots might seem like nothing but brainless little snippets of code – but like any code, they don’t need brains to wreak havoc.

7 comments on “Hollywood accuses itself of piracy”