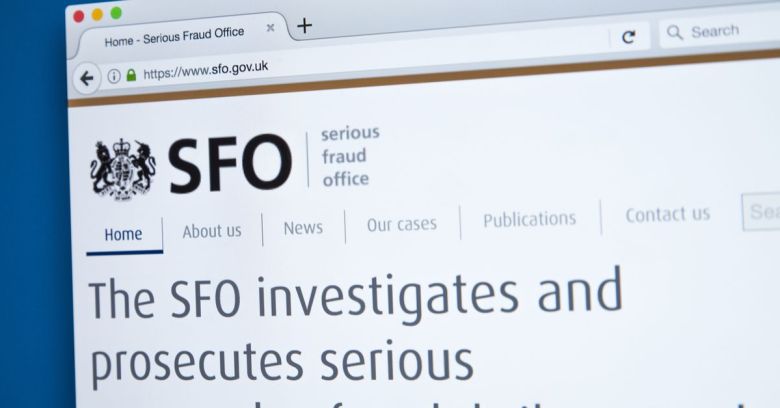 The BBC says it looks like a kids’ digital game: a mass of blue and green rubber balls bounce around the screen like they’re on elastic bands in a galaxy of paddle balls.

It’s no game, however. It is a new artificial intelligence (AI) tool that connects, and then visualizes, the parties and their interactions in a complex fraud inquiry. The UK’s Serious Fraud Office (SFO) recently gave the BBC a look at the system, called OpenText Axcelerate, which staff have been training on Enron: a massive corporate fraud case from 2001 that’s no longer actively being investigated.

The lines between the colored balls represent links between two people involved in the fraud inquiry, including the emails they sent and received, the people they carbon-copied, and the more discrete messages in which nobody was cc’ed.

SFO investigator Edgar Pacevicius told the BBC that a major advantage of the AI is that it can spot connections between individuals far more quickly than humans can. It’s designed to help investigators keep track of all the parties involved in a given, wide-scale fraud, with all their communications, along with individuals’ interactions with each other. The tool also groups documents with similar content, and it can pick out phrases and word forms that might be significant to an investigation.

Just click a couple of buttons and it takes me directly to what I’m interested to see, to pursue a line of inquiry or to close that line of inquiry, or something I’d like to put to a suspect.

We normally see a lot of euphemisms; there’s a lot of potential deception about the way people do corrupt activity.

What we’re trying to achieve is to find an intelligent technological solution that will allow us to not only identify those phrases but everyone involved.

In a speech on Monday, newly appointed SFO Director Lisa Osofsky said that she plans to focus on this type of cutting-edge technology. It’s a necessity, she said, given that the SFO is investigating “some of the most complex and data-heavy criminal investigations in any jurisdiction.”

Investigators have to deal with increasingly data-heavy cases. The SFO currently has a case that involves over 65 million files, and there’s an investigation in the pipeline that will involve more than 100 million files, Osofsky said.

She put that in perspective: the Panama Papers leak was only 10.5 million files, or what would count as an average sized investigation for the SFO.

There just aren’t enough SFO eyeballs and hours in the day to handle the modern, massive fraud investigation, she said: hence the need for AI to help:

As a law enforcement body, we absolutely have to work at pace, and technology can help us do that, as well as save money – particularly in relation to document reviews.

This isn’t the first AI tool that the SFO has deployed. Two years ago, the SFO plugged in an AI robot – RAVN – that helped to weed out legally privileged material that the SFO wasn’t allowed to look at. Osofsky said that it led to savings of 80%.

RAVN is, in other words, a robot barrister that works 2,000 times faster than its human counterparts.

The SFO’s CTO, Ben Denison, told the BBC that RAVN zeroes in on the “hot documents” that the SFO isn’t allowed to look at far, far faster than a human:

A barrister can review about 300 documents a day from the point of view of legal professional privilege. At its fastest rate the computer was going through 600,000 a day, so it is a massive difference.

Osofsky said that the use of AI could potentially lead to the SFO being able to reach charging decisions sooner and to shorten the time it takes to get to trial.

Besides incorporating more cutting-edge technology into fraud investigations, Osofsky also mentioned, like other law enforcement heads before her, that it would be nice if technology companies worked with the SFO as it tries to wrestle data out of encrypted devices.

There is a difficult balance to strike between privacy and security concerns and allowing those of us in law enforcement to access data to prevent and solve crime.

Technology companies need to work with us on this issue.

For our part, Sophos and Naked Security is still committed to #NOBACKDOORS: