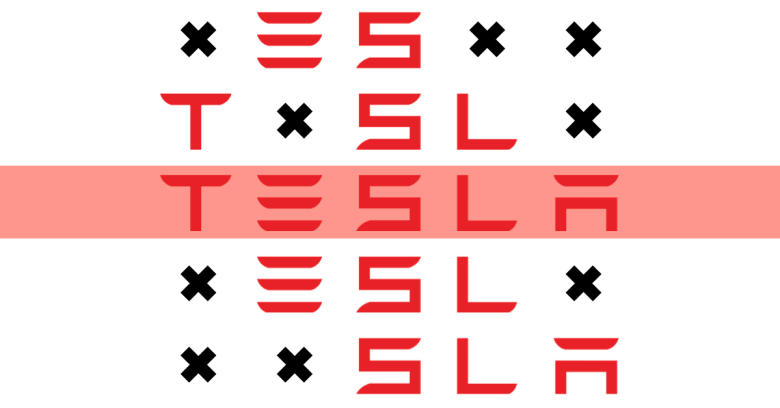 Fancy driving a Tesla, but can’t convince your local dealer to let you have a go?

If it’s a Model S you’re after, and you don’t mind going to prison for a while if you get caught, you might now be able to fulfil your dream.

Cybersecurity researchers at the Catholic University of Leuven in Belgium just published a report describing how easy it is to clone Tesla Model S car keys.

Tesla’s use of underpowered, way-past-its-sell-by-date keyfob cryptography was to blame.

If you’ve got the popular and convenient “passive entry” setting turned on – where just bringing the key close enough to the car will unlock it – then breaking into your Tesla car, and very likely driving off in it, may be cryptographically trivial for a car thief.

The flaw described here was responsibly reported to Tesla in mid-2017 and a bug bounty paid out. From June 2018, all Tesla cars have apparently shipped with more secure keyfobs. Also, a recent firmware upgrade for Tesla vehicles allows you to set a start-and-drive-off PIN so that the keyfob alone, whether cloned or stolen, isn’t enough for a crook to make off with your vehicle. And although the researchers explain the cryptographic issues in a way that will help you avoid similar blunders in future, they aren’t handing out any hack-a-Tesla source code for crooks to abuse.

To go joyriding in a Tesla, you will need at least:

Until recently, Tesla Model S keyfobs were based on an early-2000s product known as DST (short for Digital Signature Transponder) based on 1990s-era cryptography.

In fact, the DST hardware was analysed by Johns Hopkins University researchers back in 2005; they found it cryptographically inadequate even then, and warned that:

The weakness we have demonstrated in [this] system is ultimately due to the inadequate key length of the underlying DST40 cipher […] The authors hope that future cryptographic RFID system designers will embrace a critical lesson preached by the scientific community: cryptographic hardware systems are generally strongest when they employ industry standard cryptographic algorithms with key lengths sufficient to endure over the life of the devices and assets they protect.

Briefly put: don’t knit your own crypto, and attacks only ever get faster.

You’ve probably inferred from the name DST40 in the quote above that Tesla was using an encryption algorithm with a 40-bit key, and you’re probably aware that 40-bit keys are just half the length of the “absolute legacy minimum” of 80 bits.

(Any symmetric-key cryptographic algorithm still in use from before 2016 really ought to be using 112-bit keys or longer by now; any implementation first fielded in 2016 or later, or expected still to be in use after 2030, ought to have at least 128-bit keys.)

Remember, also, that although 40-bit keys are half the length of 80-bit keys, they are much, much, much less than half as safe against brute force attacks, where you simply try every key until you hit the jackpot.

That’s because you halve the number of different key choices every time you subtract just a single bit from the key – so shortening a key by two bits makes it a quarter as safe, by four bits makes it one sixteenth as safe…

The Belgian researchers have a short and punchy explanation of their attack, with a fun and informative 2-minute video.

Read the explanation through before you watch the video – it’s much cooler that way round!

The so-called passive entry feature, where your Tesla automatically opens up for you as you get to it, relies on the car regularly transmitting 40-bit RFID “challenges”, which are just randomly-chosen bit strings sent out to probe for nearby keyfobs.

Your keyfob, if it’s in range, encrypts the challenge into a 24-bit hash value, using the abovementioned DST40 algorithm with a pre-shared 40-bit key, and sends the resulting hash as a response.

The car, which is paired with your fob and therefore has its own copy of the pre-shared key, does the same calculation and verifies the fob’s response.

The theory is that:

In practice, however, you don’t need a full lookup table of every challenge hashed with every key, and you don’t need to try millions of responses in order to hit the jackpot, either.

You can make what’s called a time/memory tradeoff (TMTO), where you store a table of containing some, but not all, pre-calculated hashes; you then use this partial table as a shortcut to figuring out the key.

The Belgians picked a random challenge value of their own (0x636f736963 is the number to look out for in the video) and pre-calculated the 24-bit hash of that challenge for every possible 40-bit key.

That’s a lot of computation, and a lot of storage, to be sure – but nowhere near an impossible task, at least by 2018 standards.

So, the researchers ordered their TMTO list so that it started with all the roughly 65,000 different encryption keys that produced a hash of 0x000000; then they listed the keys that hashed to 0x000001; and then 0x000002; and so on for all 224 different possible hashes.

In other words, after paying the one-time cost of preparing the TMTO table, the researchers can now quickly read off the 65,000 possible keys capable of producing any specific hash value for their magic challenge value of 0x636f736963.
.
There’s no longer any need to try 240 different keys to see which one produces a given hash – the TMTO table swiftly chops the brute force search to a mere 216 candidate keys.

The researchers now need to get close enough to your keyfob to trick it into performing two challenge-response sequences.

Firstly, they ask your fob to reply to a “challenge” of their magic number 0x636f736963 – the value used when building the TMTO table – and capture the 24-bit hash that comes back.

They look up that 24-bit hash in their 5500GB table, which quickly gives them an exhaustive list of 216 candidate keys that could have produced that hash.

Then they generate a second, random “challenge”, and pre-calculate the hash that would come back from each of the candidate keys.

Using a battery-powered Raspberry Pi 3+, like the researchers did, calculating the list of possible hashes for all 240 keys would take about two years.

But calculating a list of just 216 different hashes is 224 (16 million) times faster and therefore takes just a few seconds.

Now the attackers know, for the second challenge, what response matches up with which key.

You can see how the attack pans out:

Once you’ve worked backwards to the pre-shared key, your rogue Raspberry Pi can now take the place of the real owner’s keyfob to unlock the car and drive off in it.

There are several things you can do if you’re a Tesla owner, or a Tesla designer:

HERE’S ONE WE PREPARED EARLIER