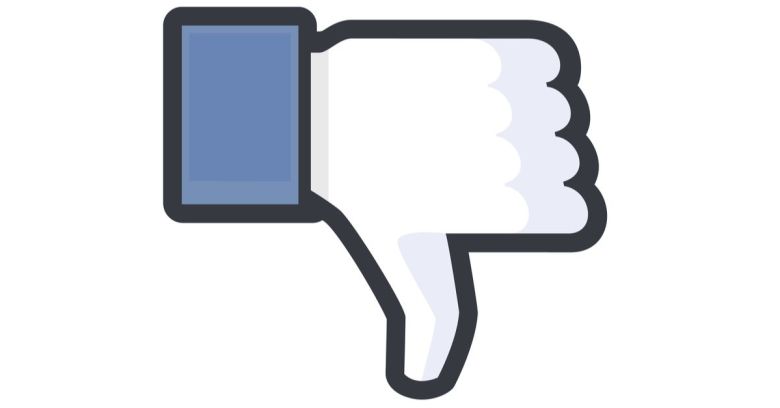 Post-Cambridge Analytica, Facebook users have been taking a break from their relationship with the “we didn’t know what all those scampy apps were doing with our users’ data!” platform.

According to a new study from the Pew Research Center, 42% of adult users – those 18 and older – have taken a break from checking the platform, for several weeks or more.

The survey, conducted from 29 May to 11 June, asked 4,594 people just how much arm’s-length they’ve been holding Facebook at. If you’ve been following the news…

…wait, scratch that. Unless you’ve been on sabbatical for the past few months – say, vacationing in the Mariana Trench – you can’t have missed the news that’s been boiling around Facebook, what with some 50 million users getting their personal data scraped by psychographic tests (whether they’d agreed to it or not), CEO Mark Zuckerberg getting dragged in front of Congress to answer some pointed questions about that and how Russians played hacky-election-sack with the platform, and a rash of fines that may well hit it as a result of data slurping.

Given all that, you might imagine that users have been like rats jumping the sinking Facebook ship. And indeed, the Pew Research Center study found that 54% of adults have adjusted their privacy settings in the past 18 months.

Facebook, to its credit, updated its privacy settings in the wake of the Cambridge Analytica revelations. (Make that “Cambridge Analytica et al.” – remember, there were more data slurpers suckling at the Facebook teat than just that one, as it turned out).

Unfortunately, to Facebook’s dis-credit, it’s also told some people that it can’t give them all the data it’s collected – specifically via Facebook Pixel: a tiny but powerful snippet of code embedded on many third-party sites that Facebook has lauded as a clever way to serve targeted ads to people, including non-members.

It’s too hard, Facebook says. Our data warehouse is too ginormous.

At any rate, the updates were designed to make it easier for users to download the data the site has collected about them. But according to the Pew data, only 9% of Facebook users have availed themselves of the ability to download whatever limited data Facebook can muster up the technology to fetch.

But you have to hand it to the 9% – they’re smart about their privacy, Pew Research Center says.

Despite their relatively small size as a share of the Facebook population, these users are highly privacy-conscious. Roughly half of the users who have downloaded their personal data from Facebook (47%) have deleted the app from their cellphone, while 79% have elected to adjust their privacy settings.

Deleted the app from their phones, eh? So does that mean that half of the privacy cognoscenti have divorced Facebook? Have they wiped their hands of the platform for good? Well, no. We have no idea how many people got miffed at Facebook, deleted the app, and then reinstalled it later.

As far as older users are concerned, they just can’t seem to muster the miff to break it off with Facebook. Well, that is to say, they can’t be bothered to delete the app from their phones. The Pew Research Center study found that 44% of younger users (ages 18 to 29) say they’ve deleted the Facebook app from their phone in the past year, which is nearly four times the share of users aged 65 and older – 12% – who’ve done it. Similarly, older users are much less likely to say they’ve adjusted their Facebook privacy settings in the past 12 months: Only a third of Facebook users 65 and older have done so, compared with 64% of younger users.

Pew Research Center says that earlier research has found that a larger share of younger than older adults use Facebook. But as far as taking a break from Facebook goes, spry or creaky, we’re all doing it: similar shares of older and younger users have taken a break from the social network for a period of several weeks or more.