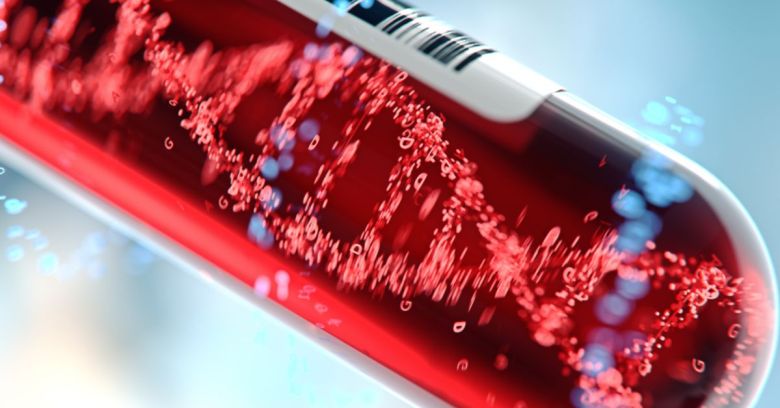 Who needs greasy fingerprints? Spotify is partnering with genetic testing company AncestryDNA to use our spit-derived data to biometrically turn us into walking, talking, bee-bopping, DNA-curated playlists.

For those of us in need of ancestral labels and music that speaks to the rather inaccurate science of genetics, genetic testing company Ancestry has announced a partnership with Spotify to create playlists based on whatever your saliva sample says about you, featuring the top tracks from the cultures your ancestors came from.

Vineet Mehra, executive vice president and chief marketing officer at Ancestry, told Quartz that it’s about helping people to “experience their culture and not just read about it… Music seemed like an obvious way to do that.”

Mehra told Quartz that since the partnership launched last Thursday, more than 10,000 people have signed up for a custom playlist. More than 10 million people have reportedly already taken Ancestry’s $99 at-home saliva test.

If you haven’t yet, are there privacy reasons why you shouldn’t choose to be one of them?

Well, at least as of last year, it was looking that way. A ThinkProgress investigation found that Ancestry strips DNA ownership rights away from customers and their relatives.

Buried deep in its 2015 terms of service, Ancestry claimed ownership of your DNA – ownership that extended beyond your death. By submitting your DNA, you granted the company…

…a perpetual, royalty-free, world-wide, transferable license to use your DNA, and any DNA you submit for any person from whom you obtained legal authorization as described in this Agreement, and to use, host, sublicense and distribute the resulting analysis to the extent and in the form or context we deem appropriate on or through any media or medium and with any technology or devices now known or hereafter developed or discovered subject to the terms and conditions of this Agreement and the Privacy Statement.

By spitting into and sending off that little vial, you and your genetic relatives relinquished rights to your DNA. You also released Ancestry from any and all claims relating to damages that Ancestry may cause, be it unintentionally or purposefully: that includes claims for defamation, invasion of privacy, right of publicity, emotional distress or economic loss. As of May 2015, that license continued “even if you stop using the Website or the Services.”

The ThinkProgress report must have struck a chord: Ancestry told Spin that it no longer uses the terms of service reported in that investigation. As of April, the privacy policy says that customers always maintain ownership of their DNA and DNA data and can manage and delete it per Ancestry’s current privacy statement.

It’s just one more example of why the devil’s in the details …or, more precisely, within the dense block of legal cheese that are terms of service. Make sure to read them, even when it comes to something as fun and frivolous as, say, Jezebel’s Ashley Reese and her genetic mixed musical salad of Cameroon, Congo, Southern Bantu Peoples, Mali, Benin/Togo, England/Wales/Northern Europe, and Ireland/Scotland… in that order. All was good until she hit the British Isles, she says, where she was served a rather large dish of musical treacle. The title of Reese’s piece: I Hate My DNA Now.

At any rate, when it comes to making your playlist – or not – Ancestry provided this statement about the privacy of DNA data:

Protecting our customers’ privacy is Ancestry’s highest priority. Spotify does not have access to DNA data of any Ancestry customers. Customers can manually input regions, into the playlist generator on Spotify and then a custom playlist is created with songs by artists from the various regions and across a wide variety of musical genres. All information is manually input by customers and the experience is completely optional.

6 comments on “Spotify offers playlists tailored to your DNA”