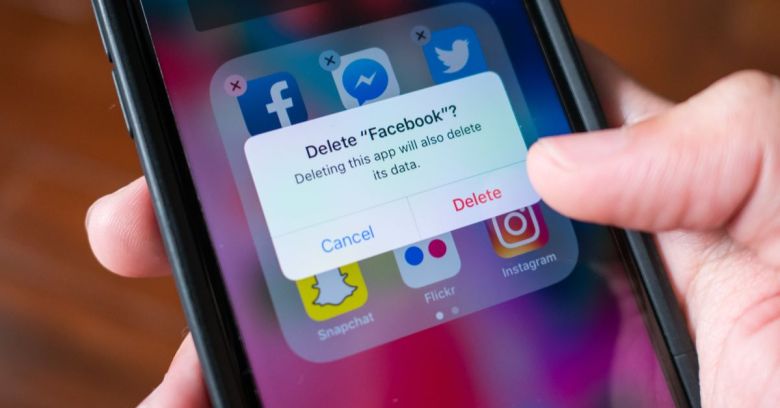 Well, well, well, many of us are now thinking. Sure, Facebook was fun while it lasted.

But really, post-Cambridge Analytica/mega-breach/data slurping/fake news/Russian propaganda/et al., for some people it’s time to move on. Time to delete the account once and for all.

Well, if you’ve really decided, after all that, to finally thumbs-down the Face, get ready to wait a good, long time. In a move first noticed by The Verge, Facebook’s now doubled the time it takes to delete an account. It used to be 14 days, but now it will take 30 days before an account is killed.

This is actually for our own good, Facebook says. A spokesperson said that Facebook’s seen people who think they want to delete their accounts forever develop cold feet:

We recently increased the grace period when you choose to delete your Facebook account from 14 days to 30 days. We’ve seen people try to log in to accounts they’ve opted to delete after the 14-day period. The increase gives people more time to make a fully informed choice.

As The Verge notes, maybe this is a good thing. Maybe some of us aren’t really ready to ditch the relationship completely. Maybe we just need a time-out. A nice, long, 30-day break from the place that moves fast and breaks things, and the people who use it to be less than cordial.

But as for the rest of us, those who have carefully weighed the harm to our privacy or happiness that results from Facebook or other forms of social media, this feels a bit clingy.

Not to say that you’re acting like a Fatal Attraction bunny boiler exactly, Facebook, but we know that you know you’re losing your grip on users’ attention. As far as young people go, you lost them long ago. As of June 2018, the number of teens who say they use Facebook dropped to 51%, from 71% in 2015.

There are assuredly some users who decide they want their data back after they trigger the delete account sequence, but Facebook hasn’t said what percentage of account deleters that is (and presumably it’ll never be zero, no matter how long the cooling off period is).

So if you’re truly done with Facebook, once and for all, it’s going to take a month before the breakup leads to your data finally disappearing – if you want to start running down the clock, here’s how.