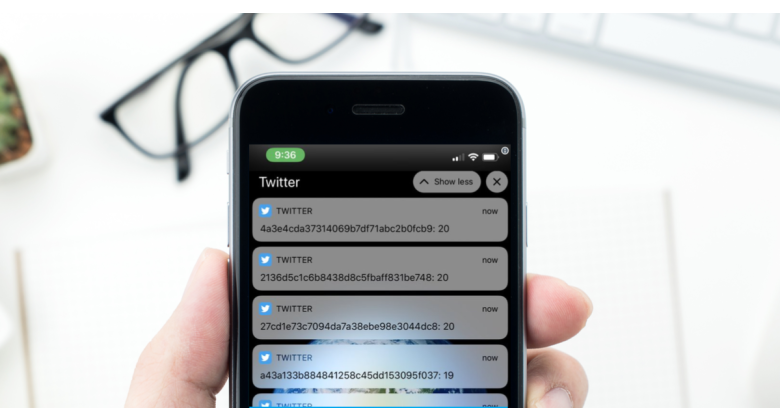 Were you one of the dozens of people who got a bizarre Twitter message yesterday?

Does anyone know what this twitter notification could possibly mean? pic.twitter.com/iY6hQNLOgy

The messages were a long string of what looked like random numbers and letters. They were so mystifying that even Twitter CEO Jack Dorsey himself was like, whaaa?

We’re seeing this issue too. On it. pic.twitter.com/pzjd6248gJ

Naturally enough, recipients assumed that the messages were the probably result of…

It was, in fact, none of the above.

A few hours after Dorsey said he was looking into it, Twitter support explained it as a glitch in which the red bubbles that tell you “you’re getting a message” turned themselves into numbers and code:

Well, that was weird. https://t.co/2cYhjPclck

You know those red bubbles that appear when you get notifications? Usually, you wouldn’t see this in numbers and code, but that’s how we talk to your phone so you get those notifications. It’s fixed, we’re good.

It apparently only affected Apple devices that had Twitter alerts turned on. And, more particularly, those Apple devices whose Twitter accounts actually had people Tweet at them during the relevant time period.

5 comments on “Weirdo Twitter messages were a glitch, not a hack”