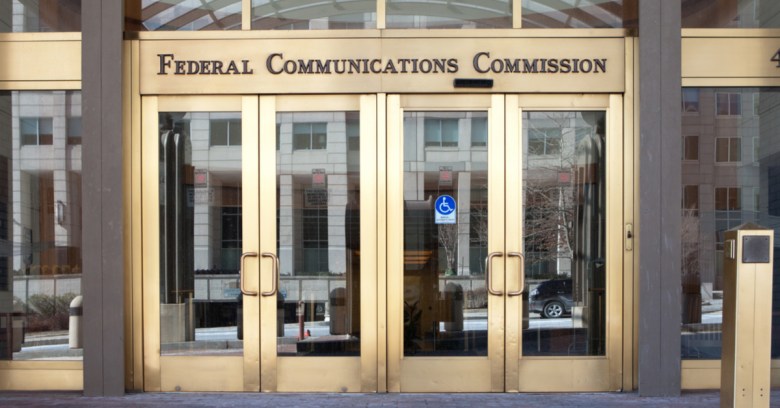 Federal Communications Chairman (FCC) Ajit Pai wrote to telephone service providers on Monday, slamming them for their lousy efforts on blocking robocalls and saying that a year from now, he expects that we can all get back to actually answering our phones without finding we’ve been tricked by illegally spoofed caller IDs.

Combatting illegal robocalls is our top consumer priority at the FCC. That’s why we need call authentication to become a reality – it’s the best way to ensure that consumers can answer their phones with confidence. By this time next year, I expect that consumers will begin to see this on their phones.

What the FCC wants to see is a robust call authentication system to combat illegal caller ID spoofing. Some phone service providers are “well on their way” to implementing such, Pai said, thanking AT&T, Verizon, T-Mobile, Comcast, Bandwidth.com, Cox, and Google for their efforts.

But there are laggards, and that includes seven big names. On the list of Pai scoldees are phone providers that apparently don’t yet have “concrete plans to implement a robust call authentication framework,” Pai said. His letters asked those carriers – CenturyLink, Charter, Frontier, Sprint, TDS Telecom, US Cellular, and Vonage – to answer a series of questions by 19 November.

Those companies are dragging their feet when it comes to implementing the new STIR (Secure Telephone Identity Revisited) and SHAKEN (Secure Handling of Asserted information using toKENs) protocols, Pai said. Those are frameworks that service providers can use to authenticate legitimate calls and identify illegally spoofed calls.

There has, actually, been progress on this front.

In September, the Alliance for Telecommunications Industry Solutions (ATIS) announced the launch of the Secure Telephone Identity Governance Authority (STI-GA), designed to ensure the integrity of the STIR/SHAKEN protocols. That move paved the way for the remaining protocols to be established, and it looks like STIR/SHAKEN is going to be up and running with some carriers next year.

Last month, 35 state attorneys general told the FCC to please, by all means, pull the plug on robocalls. The AGs said that the situation is beyond what law enforcement can handle on its own. The states’ respective consumer protection offices are receiving and responding to tens of thousands of consumer complaints every year from people getting plagued by robocalls.

Reuters reports that robocall blocking service YouMail estimated there were 5.1 billion unwanted calls last month, up from 3.4 billion in April.

SHAKEN/STIR isn’t expected to be a cure-all, but it could be a big help. From Pai’s press release:

Under the SHAKEN/STIR framework, calls traveling through interconnected phone networks would be ‘signed’ as legitimate by originating carriers and validated by other carriers before reaching consumers. The framework digitally validates the handoff of phone calls passing through the complex web of networks, allowing the phone company of the consumer receiving the call to verify that a call is from the person supposedly making it.

The questions that Pai put to the carriers that don’t yet have a concrete STIR/SHAKEN plan:

Ars Technica’s Jon Brodkin notes that some of these carriers have registered reservations about SHAKEN/STIR.

T-Mobile concurred, among other carriers. From its filing to the FCC:

First, SHAKEN/STIR can only provide a positive affirmation of the source of a given call. It cannot provide confirmation of the opposite – that is, that a call is definitively ‘bad’ or fraudulent. This is particularly true where calls are carried by international providers that do not participate in SHAKEN/STIR and send calls to the United States through wholesale partners.

T-Mobile also touched on an issue raised by the 35 state AGs, who noted that it’s tough to prosecute calls that travel through a maze of smaller providers: If the caller can be found at all, they’re usually located overseas, making enforcement difficult. On the part of the carriers, T-Mobile said, protocol adoption has to happen outside the US to include international carriers in order to have a real effect on the “onslaught of fraudulent calls.”

In spite of these points, Pai is threatening action if SHAKEN/STIR isn’t implemented within a year:

I am calling on those falling behind to catch up… If it does not appear that this system is on track to get up and running next year, then we will take action to make sure that it does.