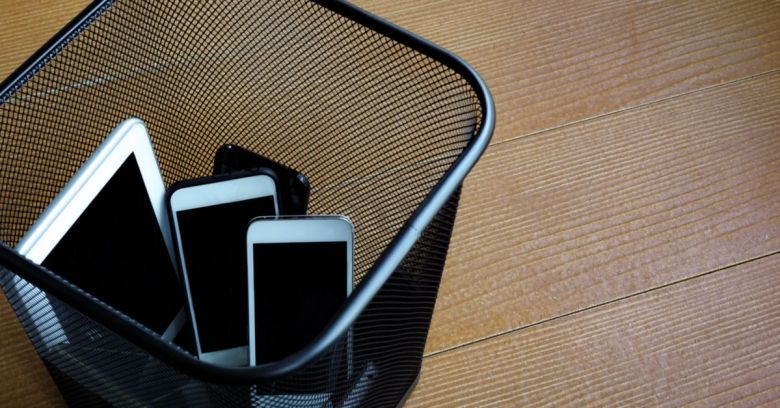 Police are accusing a 24-year-old woman, arrested in connection with a drive-by shooting, of remote-wiping her iPhone and thereby destroying evidence – a felony offense.

Her defense: I don’t even know how to do that!

Daniel Smalls, the lawyer for the accused – 24-year-old Juelle L. Grant, of Schenectady, New York – on Monday told the local news outlet The Daily Gazette that his client wasn’t involved in the shooting, in which no one was injured; that she “didn’t access anything to remotely delete anything”; and that she “wouldn’t have any knowledge how to do that.”

His client is not a computer-savvy person, Smalls said. In fact, his staff is puzzling out this “remote wipe” thing now, he said:

We’re doing research on it ourselves.

Last week, police said that they believe that Grant may have been the driver of a vehicle involved in a drive-by shooting last month, so they seized her iPhone X as evidence at the time.

But then, according to court documents, Grant allegedly remote-wiped the device, in spite of knowing full well that the police intended to inspect it for possible evidence:

The defendant was aware of the intentions of the police department at the conclusion of the interview with her.

Police arrested Grant on 2 November and charged her with three felonies: two counts of tampering with physical evidence and one count of hindering prosecution. According to The Daily Gazette, one of the tampering charges has to do with the remotely wiped phone, while the other tampering charge and the hindering charge are concerned with her alleged actions on the day of the shooting.

She’s accused of driving the shooting suspect from the scene and concealing the shooter’s identity. By allegedly driving the suspect away, police say that she also helped remove another piece of evidence: the gun.

The case raises a few questions, firstly: Why didn’t Schenectady police store Grant’s phone in a Faraday bag? It would have blocked remote access to the device and thus made the remote wiping impossible. Anybody can buy one online.

The Daily Gazette asked, and the answer amounted to head scratching. City police spokesman Sgt. Matthew Dearing told the newspaper that he didn’t know if detectives had such technology, but he’d check. As of late Thursday, he hadn’t heard back.

Also, Grant’s lawyer said that Grant got a new phone within the days following her iPhone having been seized… could that have affected the data on her old phone?

Ms. Grant’s professed ignorance of how to remote-wipe her iPhone notwithstanding, it is, in fact, easy as pie. There are plenty of useful Android apps (like this one, from Sophos) that you can use to remote wipe, or you can simply use Apple’s own Find My iPhone service to erase a device.

Doing it on purpose is one thing. But what if your device is set to erase after X number of hours if you haven’t unlocked it? That’s what one Redditor pondered:

Say you set up a dead man switch on your phone. And you have to enter a code say every 24 hours or it wipes your stuff.

If you are arrested and your phone confiscated and you can’t put in your code while it’s in evidence, would that count as destroying evidence?

That’s a great question. Unfortunately, as far as I can tell, it’s a hypothetical one, given that there doesn’t seem to be any such app that will automatically wipe a phone if it hasn’t been touched in X number of hours.

Not that nobody’s ever thought to ask, mind you. This guy did, a year ago. The only thing his Reddit respondents could come up with were suggestions that were variations on the ability to consciously, purposefully remote-wipe, as opposed to set-it-and-forget-it.

Of course, set-it-forget-it would theoretically give a defendant such as Ms. Grant an excuse to avoid that felony charge of willful tampering with evidence …as in, “Oh, dear, did I forget to inform you that I have a dead-man switch on my phone? Silly me. Of course I never would have let my phone remotely, automatically purge itself of any potential evidence on purpose.”

But are there ways that somebody else could have wiped her iPhone?

Yes, if somebody else had her iCloud account credentials and managed to log in from the same IP address. Likely? Well, that’s another question entirely. It’s up to her lawyer and prosecutors to hash out the question of just how likely it is that Ms. Grant had her iCloud account hacked just in time for potential evidence to go up in smoke.

20 comments on “Does wiping your iPhone count as destroying evidence?”