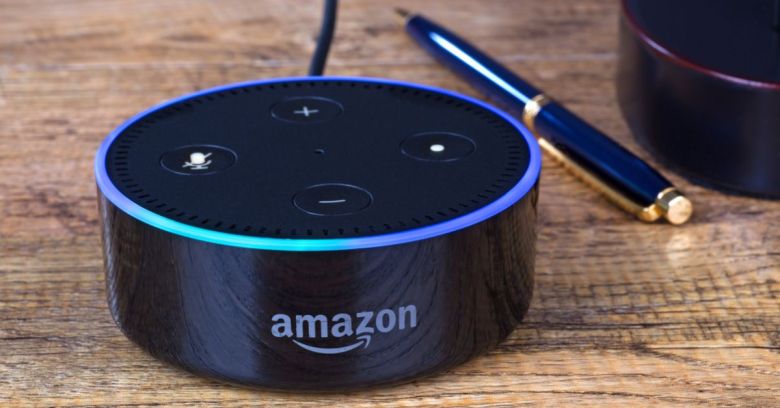 Christine Sullivan was stabbed to death on 27 January 2017, in the kitchen of the New Hampshire home where she lived with her boyfriend. Her friend, Jenna Pellegrini, was also murdered that day, in an upstairs bedroom.

There might have been a witness who heard Sullivan’s murder as it happened, given that an Echo smart speaker equipped with Amazon’s Alexa voice assistant was sitting on the kitchen counter the whole time.

What did it hear?

A New Hampshire judge says that Amazon must let us know. Last week, the judge ordered Amazon to turn over any recordings the Echo device may have made between the day of the murder and two days later, when police found the women’s bodies beneath a tarp under the porch. The murder weapons – three large knives – were found wrapped in a flannel shirt buried one foot below the bodies.

The court finds there is probable cause to believe the server(s) and/or records maintained for or by Amazon.com contain recordings made by the Echo smart speaker from the period of Jan. 27 to Jan. 29, 2017… and that such information contains evidence of crimes committed against Ms. Sullivan, including the attack and possible removal of the body from the kitchen.

A 36-year-old New Hampshire man, Timothy Verrill, has been charged with two counts of first-degree murder in the fatal stabbings and is expected to stand trial in May. Prosecutors allege that Verrill killed the two women when he grew suspicious that one of them was tipping off the police about a suspected drug operation. Verrill has pleaded not guilty.

This is at least the second time that a court has demanded Alexa recordings so that a digital assistant can testify in a murder case. The first case was that of James Andrew Bates, who pleaded not guilty to the November 2015 murder of Victor Parris Collins, whose body was found in a hot tub.

Amazon had resisted handing over audio recordings from Bates’s Echo, arguing that prosecutors failed to establish it was necessary for the company to hand over the data and that it had to weigh its customers’ privacy against such a request. The company argued that both its users’ requests to Alexa and the device’s responses are covered by First Amendment rights, and that law enforcement should thus meet a high burden of proof to require release of the data.

Why First Amendment? To Amazon’s way of thinking, a user’s voice requests are protected because the right to free speech covers the “right to receive, the right to read, and freedom of inquiry” without government scrutiny. Amazon has argued that Alexa’s responses are also protected because ranked search results constitute a “constitutionally protected opinion”, which qualified as free speech in a former, separate case involving Google.

The tug-of-war was made moot when Bates agreed to hand over the recordings. Whatever Alexa recorded, it wasn’t conclusive evidence of a murder. Benton County Prosecutor Nathan Smith said that the evidence could have supported more than one reasonable explanation for the death, and the charges against Bates were dropped in November 2017.

As far as this more recent murder trial is concerned, Amazon told The Post that the company hasn’t changed its stance on the matter from what it argued in the Bates case: it’s still prioritizing consumer privacy and won’t necessarily simply hand over customer information “without a valid and binding legal demand properly served on us.” From its statement:

Amazon objects to overbroad or otherwise inappropriate demands as a matter of course.

Even if Amazon does eventually turn over recordings in this case, there’s no guarantee that Alexa heard anything that would serve to prove innocence or guilt. Typically, Echo has to be prompted by the wake words “Alexa,” “Computer” or “Echo” to begin recording.