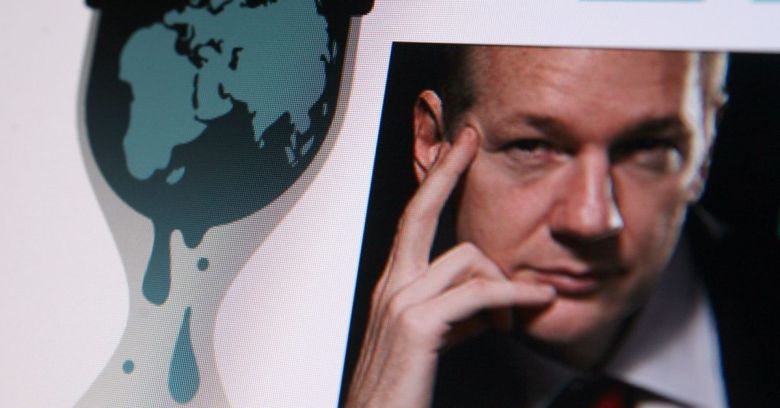 What a rough few weeks it’s been for WikiLeaks founder/Ecuadorian embassy poltergeist Julian Assange: Ecuador told him that if he wants to stay wrapped up in his asylum cocoon, he needs to shut up about politics, clean his own damn bathroom and scoop the poop from his cat’s litter box lest the kitty be given to somebody who knows how to take care of it.

Then last week there were rumours that the US finally, after six long years, filed charges against him for publishing stolen information.

It’s a big “maybe.” The supposition that the US secretly charged Assange comes from a mistake on a court filing that could have been a slip-up or might have been just a copy-paste error.

The “evidence:” the name “Assange” was mentioned in an unrelated court filing in a case from a prosecutor in the US District Court for the Eastern District of Virginia, Assistant US Attorney Kellen Dwyer.

In the filing, Dwyer says documents should remain sealed, as due to…

… the sophistication of the defendant and the publicity surrounding the case, no other procedure is likely to keep confidential the fact that Assange has been charged.

Dwyer wrote that those documents would need to remain sealed until…

… Assange is arrested in connection with the charges in the criminal complaint and can therefore no longer evade or avoid arrest and extradition in this matter.

What charges? Have any actually been filed? The Department of Justice (DOJ) didn’t say; all it said was that the filing that mentioned Assange had been a mistake. From an emailed statement sent by DOJ spokesman Joshua Stueve to The Guardian:

The court filing was made in error. That was not the intended name for this filing.

WikiLeaks, for its part, thinks it was a “cut and paste” error.

SCOOP: US Department of Justice "accidentally" reveals existence of sealed charges (or a draft for them) against WikiLeaks' publisher Julian Assange in apparent cut-and-paste error in an unrelated case also at the Eastern District of Virginia. https://t.co/wrjlAbXk5Z pic.twitter.com/4UlB0c1SAX

The error could have been caused by prosecutors copying and pasting from sealed documents outlining charges against Assange. As The Guardian notes:

Prosecutors are known to copy text from past court filings to make similar arguments in new cases, typically changing names and other relevant details accordingly.

…and, perhaps, slipping up and not catching everything that needs to be changed in the pasted version, including the name “Assange.”

How common is the name “Assange” in the US judicial system? Not common at all. Searching the Pacer case locator turns up five cases, all against one Assange: namely, Julian.

Assange has been living in the embassy since June 2012 to avoid extradition to Sweden to face charges of rape. He fears that if he were sent to Sweden, he would then be extradited from there to the US to face charges that have never been filed (at least, not to public knowledge) for his role in the leak and publication of classified information.

On Friday, the Wall Street Journal, citing people familiar with the matter, reported that the US is preparing to prosecute Assange and is “increasingly optimistic” that it can get him into a US courtroom.

As it is, relations between the Ecuadoran government and Assange have gotten ever more tense. President Lenin Moreno, elected last year, has described the unwanted guest as a “stone in our shoe” and said his continued presence at the embassy is unsustainable.

In March, Ecuador punished Assange for political outspokenness – he had criticized Britain and its allies for expelling Russian diplomats – by cutting off his internet access at its London embassy.

In May, Moreno yanked an elaborate, multimillion-dollar spy operation to protect and support Assange after The Guardian and Focus Ecuador revealed that the country was bankrolling an international security company and undercover agents to monitor his visitors, embassy staff and even British police.

Regardless of whether you think Assange is a self-promoting, self-aggrandizing puffer fish or a martyred champion for government transparency and accountability, there are many who say that prosecuting him for telling the truth sets a bad precedent. In fact, it’s unconstitutional, according to the American Civil Liberties Union:

From a statement made by Ben Wizner, director of the ACLU’s speech, privacy and technology project:

Any prosecution of Mr. Assange for Wikileaks’ publishing operations would be unprecedented and unconstitutional, and would open the door to criminal investigations of other news organizations.

Readers, where does your support lie? With Assange? With the prosecutors? With Assange’s cat, Michi? Do let us know.

12 comments on “Did a copy-paste error reveal the US’s secret case against Assange?”