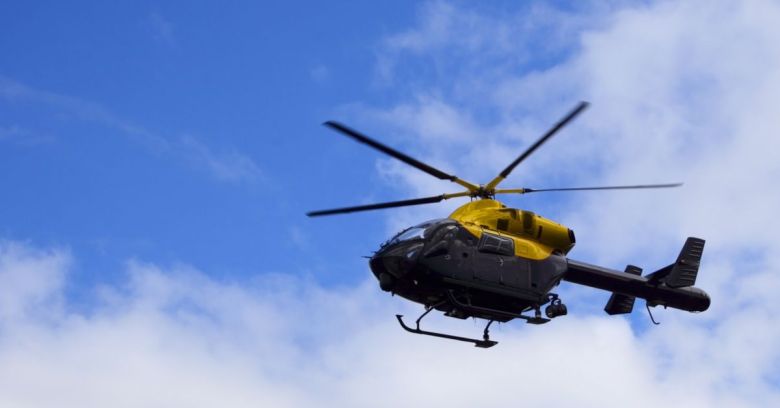 The owner of an iPad-controlled, £900 (USD $1,150) drone who flew it into the path of a police search helicopter has become the first person to be prosecuted under UK drone laws.

At Peterborough Magistrates’ Court on Friday, 37-year-old Sergej Miaun was ordered to pay fines and court costs amounting to £464 (USD $593) and to give up his drone, according to The Independent.

The BBC reports that he was found guilty of failing to maintain direct, unaided visual contact with a drone and flying it without being “reasonably satisfied” that he could do so safely.

Prosecutors told the court that Miaun’s amateurish flight could have caused “catastrophic” consequences, similar to the helicopter crash that left five people dead in Leicester City. The cause of that deadly crash hasn’t yet been determined, but aviation experts have suggested that the helicopter’s loss of power to the tail rotor could have been caused by a large bird or a large drone.

With regards to the UK’s first-ever conviction on unsafe drone flying, on 9 December, a police search helicopter had been out looking for a missing woman near a river in Cambridgeshire when the pilot was forced to take evasive action to avoid a drone that narrowly passed beneath it. Police followed the drone back to a home in Guyhim – a town in Cambridgeshire – and searched until they found the Phantom 4 drone hidden in a loft hatch above the bath in Miaun’s home.

Acting Sergeant Darren Gore told the court that the police helicopter pilot – Captain Lee Holmes – had testified that for a good five minutes, he lost sight of the drone. That’s where he would have lost the ability to evade it, he said:

For five minutes I don’t know where the drone is. You see in Leicester, when it goes wrong? It’s catastrophic.

We consider this to be reckless, especially considering the possible serious consequences of your actions.

As far as unsafe drone flying in the US goes, in February, a 38-year-old man from the state of Washington was sentenced to 30 days in jail after knocking out a woman at a Gay Pride event in Seattle. He was the first US person to be charged with mishandling a drone in a public space, Seattle prosecutors said when he was convicted in January 2017.