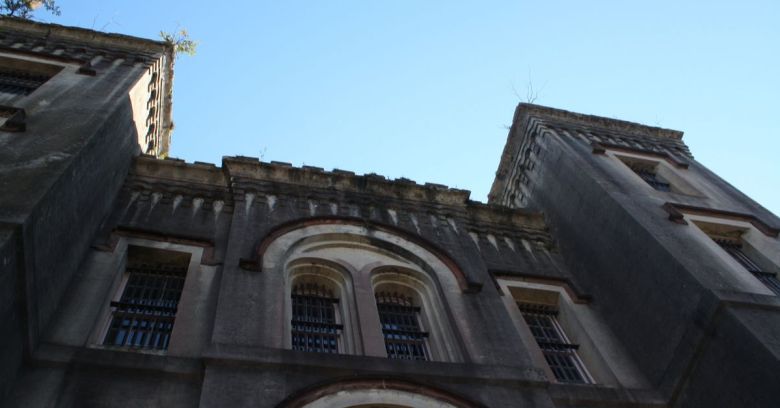 Fifteen US prison inmates have been indicted for posting pictures of girls on dating sites and sextorting hundreds of military personnel who fell for the phony profiles after sending nude photos to their victims. To cap off the scam, the prisoners posed as the girls’ fathers and threatened to report them for disseminating child abuse imagery.

Law enforcement authorities held a press conference about the fraud ring in front of a state prison in Columbia, South Carolina, on Wednesday. According to a local paper, the Greenville News, authorities said that the prisoners had used contraband mobile phones to scam a total of 442 servicemen out of more than $560,000.

The indictments include charges of conspiracy to commit wire fraud, extortion and money laundering.

The prisoners allegedly used smuggled cellphones to log onto multiple dating websites and pretend to be 18- or 19-year-old girls. Court documents allege that after communicating with their victims, the inmates would eventually send nude photos to service members. Then, another prisoner would allegedly contact the marks, pretending to be an irate father and telling them that the “girl” they’d been communicating with was their underage daughter.

Pay up, or I’ll call the police on you, the fake fathers would threaten. At other times, inmates posed as police officers and threatened to arrest the servicemen unless they forked over payment, according to the indictments.

One of the indictments describes how inmate Wendell Wilkins allegedly claimed that the money was needed for “counseling and medical bills for the trauma that his underage daughter suffered from the sexually explicit text messages.”

According to NCIS special agent Drew Goodridge, the agencies are still investigating another 250 people for the ongoing probe, which began in January 2017 with the code name “Operation Surprise Party.” The prisoners allegedly had a network of helpers on the outside: the unsealed indictments allege that the prisoners recruited family and friends to set up a network of bank accounts, money transfer services, online payment services and prepaid debit cards to access and spend the money.

Although the fraud victims accepted photos of the girls – photos the prisoners had found online – no service member from the Navy or the Marines will be charged, according to Goodridge. They were just victims he said, having been led to believe that the photos were of 18- or 19-year-olds.

We can only imagine how terrified they must have been after being told by a fake authority figure that the girls in the photos were actually underage and that they could be reported for trafficking in child abuse imagery.

Military members would pay, fearful that they might lose their careers over possessing what they were led to believe was child pornography.

This is just another example of how smuggled cellphones enable prisoners to keep breaking the law: they may be behind bars, but they’re still among us virtually, said Bryan Stirling, the state’s prison system director.

Stirling said that the state prison system has erected 50-foot-tall netting around many prisons to try to limit the number of cellphones that get tossed over the fence. It’s also running a pilot project at one prison to filter cell signal access so that only those with approved numbers can get a signal. So far, it’s proved successful, he said, but it’s too expensive to implement more widely.

Unfettered access to the outside world needs to stop. We need relief, and we need it now.