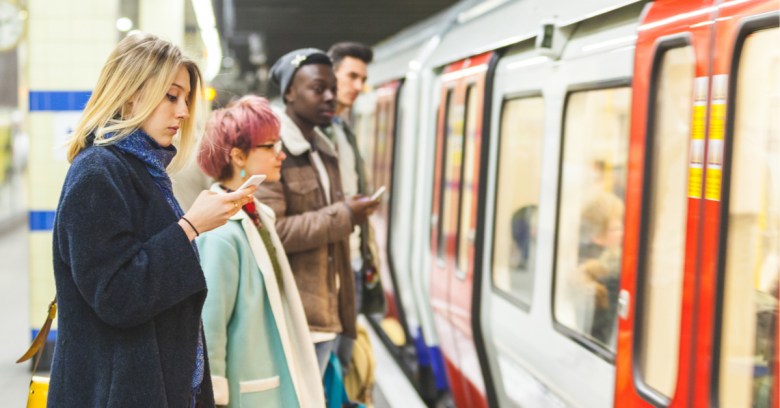 It has come to the attention of the New York City Council that there have been certain disclosures of – ahem – intimate images, conveyed via portable electronic pocket telephones, that have been inflicted upon strangers in order to harass, annoy or alarm.

If a bill introduced last week by the council makes it into law, legions of hands-down-the-pants photographers could be left holding stiff penalties.

The bill would make it a misdemeanor “for a person to send an unsolicited sexually explicit video or image to another person with intent to harass, annoy or alarm such other person.” Anybody who gets caught beaming their junk out could be looking at up to a year in jail, a fine of up to $1,000, or both.

It’s called cyber-flashing, and it’s a modern-day version of flashing that dispenses with the need for a trench coat and sneakers to make a quick get-away. The term refers to the practice of sending obscene photos to strangers through Apple’s AirDrop: an iOS file-sharing app that enables users to send photos, videos and documents instantly over a wireless connection to anyone within 30 feet who’s left the feature open to being contacted by everyone.

By default, AirDrop is set to limit devices to accept content only from people in your contact list. Unfortunately, people often turn it on to accept from anybody and everybody, and then they forget to turn it back to contacts-only.

That’s led to a growing number of incidents, such as what happened last year to a Huffington Post UK writer who reported that she’d been gang-flashed with 120 down-the-pants images while riding on the London Underground.

At the time – August 2017 – London police didn’t think that it amounted to an epidemic despite headlines about the ”horrific public transport craze.”

However, the UK is ahead of New York on this one: sending indecent images is classified under section 66 of the Sexual Offences Act (2003), given that it’s the same as exposing genitals and intending that the recipient “see them and be caused alarm or distress”. The penalty for breaking the law is a prison term of up to two years.

Penalizing the propagandists of penises and other private parts is a satisfying notion, but there’s a bit of a hitch: AirDrop allows people to send images anonymously. It also keeps recipients anonymous: senders might never know who, within a 30-foot radius, has received their little package, since AirDrop only identifies nearby phones by their nicknames.

Be that as it may. Donovan J. Richards, a councilman from the New York borough of Queens and a co-sponsor of the bill, told the New York Times that the legislation is intended to raise awareness, and to lessen the sense of impunity that emboldens the creeps who send the pics:

If you do it, the message we are sending is that the repercussion is a fine or jail time.

AirDrop works via Wi-Fi and Bluetooth. A similar function has recently come to some Android devices in the form of a feature called AirDroid that offers wireless file transfer.

But what makes iOS devices particularly susceptible to cyber flashing is that AirDrop automatically shows an image preview when it asks a recipient to accept or decline a photo – thus, there’s no way of not seeing the fleshy missive if the feature is on and open to receiving content from one and all.

How to not see the fleshy missive

The way to avoid having your eyeballs assaulted is to either turn off AirDrop or set it for use only between phone contacts (Apple’s default setting).

Here’s how to keep the creeps off your phone: