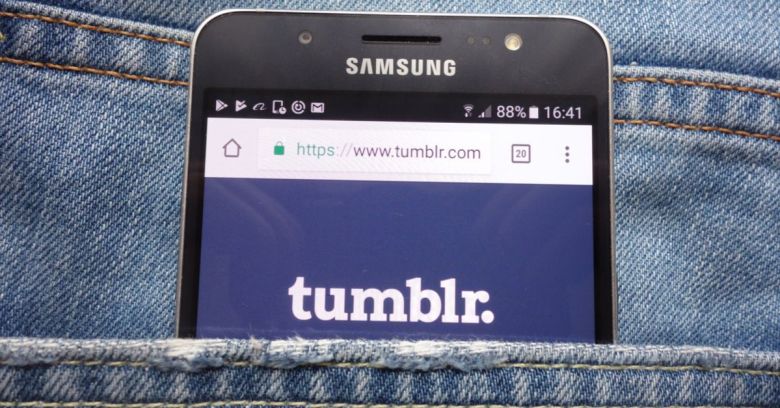 Tumblr is banning adult content in an effort to be safer, better, “more positive”.

The ban takes effect on 17 December and comes mere weeks after Apple kicked Tumblr out of the App Store due to discovering child abuse images on the service.

At the time, Tumblr blamed an “industry database” that didn’t include, and thereby didn’t filter out, the explicit images in question. It said that a routine audit turned up the content:

Every image uploaded to Tumblr is scanned against an industry database of known child sexual abuse material, and images that are detected never reach the platform. A routine audit discovered content on our platform that had not yet been included in the industry database. We immediately removed this content.

Child abuse images – specifically, anything about minors that’s sexually suggestive or violent – have always been forbidden on Tumblr. But the ban on adult content is a big new change. According to the new community guidelines, the ban includes anything that even suggests genitals or female nipples, though if it’s “artistic, educational, newsworthy, or political,” that’s OK:

Adult Content. Don’t upload images, videos, or GIFs that show real-life human genitals or female-presenting nipples – this includes content that is so photorealistic that it could be mistaken for featuring real-life humans (nice try, though). Certain types of artistic, educational, newsworthy, or political content featuring nudity are fine. Don’t upload any content, including images, videos, GIFs, or illustrations, that depicts sex acts.

And thus does Tumblr enter into the land of “good luck!”, as it takes on the task of sussing out what’s artistic or educational vs. what’s smut. Tumblr CEO Jeff D’Onofrio said in a post on Monday that telling the difference between a photo of Michelangelo’s David in his birthday suit isn’t easy when you’re talking about the huge scale of its content. This is going to take a lot of automated tools, he said, along with help from their human overlords:

Filtering this type of content versus say, a political protest with nudity or the statue of David, is not simple at scale. We’re relying on automated tools to identify adult content and humans to help train and keep our systems in check. We know there will be mistakes, but we’ve done our best to create and enforce a policy that acknowledges the breadth of expression we see in the community.

The change is going to be complicated, and it’s not going to happen overnight, D’Onofrio said. Tumblr will start to enforce the new policy on 17 December. Users with adult content will get a heads-up in advance before it is removed, along with guidelines on how to appeal the decision or preserve their content outside of Tumblr.

An online backlash has erupted over the ban, with adult content aficionados declaring that Tumblr is now toast, with the hashtag #TumblrIsDead popping up on Twitter. Users are furious that the site – a “major public service for art and individual self expression” – is forcing a “mass migration” that could make things even worse for individuals and networks.

Plus, how are male nipples as pure as the driven snow, while the “female-presenting nipples” are now anathema?

Times have certainly changed at Tumblr since 2013 when it first turned on “safe” mode by default to hide adult content from public view. Back then, Tumblr insisted that its view on the topic of NSFW content hadn’t changed: “empowering creativity” was then still “the most important thing in the world to us.” But so too was making sure people’s eyeballs didn’t explode when they accidentally stumbled on offensive content.

Most recently, in August 2018, after Motherboard found 70 Tumblr blogs dedicated to sharing creepshots – also known as “why is there a camera phone-holding hand sticking out from under that clothing rack and pointing up my skirt” shots = the micro-blogging platform banned creepshots and, keeping up with advances in creep technology, deep fakes.

Within a day after the ban was announced, stories were already surfacing about the filters not working, as they busily went to work flagging everything from masterworks to drawings of dragons to cookie decorating to Tumblr’s own post.

But filters don’t work 100% of the time, and they never will, as the App Store incident showed last month. What’s more concerning is how Tumblr’s move will affect marginalized communities, including sex workers and LGBT+ content creators.

Whether Tumblr is now “dead” remains to be seen. At the very least, it’s admitted that it’s taken on a difficult task. Let’s hope that as it learns how to tell smut from healthy, wholesome, safe, supportive content and artistic expression, it will learn to listen to the content creators and community builders it’s now in the process of exiling.

2 comments on “Could adult content ban spell the end for Tumblr?”