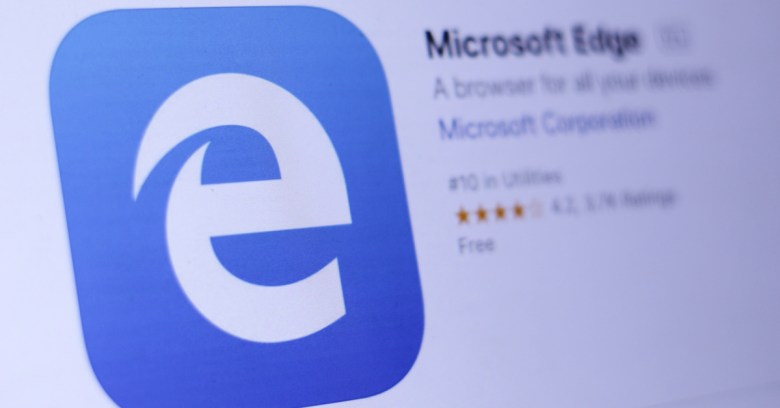 Microsoft on Thursday announced that it’s going to spend the next year or so gutting its Edge browser and filling it with Chromium: the same open-source web rendering engine that powers Google’s Chrome browser (Chrome is Chromium with some Google extras), Opera, Vivaldi, Yandex, Brave and others.

This is an extraordinary step: some say it points to open source having won the browser wars, for better or worse. Better for web compatibility, says Microsoft, worse for a monoculture where if one thing breaks, a whole lot of other things break.

Terrible for any browser that’s trying to succeed outside of the near-total control of our online lives that Google already enjoys, Mozilla says. The open-source foundation regularly points out that Firefox is the only independent browser that isn’t tied to a profit-driven company, including Google with Chrome, Apple with Safari, and Microsoft with Edge.

Back in the day, Internet Explorer – the predecessor to Edge – not only ruled the browser roost; its stranglehold precipitated an epic antitrust case accusing Microsoft of abusing its monopoly position over Windows. But that was then, and this is now, and Explorer’s replacement, Edge, has a tiny share of the browser marketplace.

The way Microsoft sees it, with its embrace of Chromium, we’ll get the combined heft of Microsoft and Google contributing to the codebase, which could make it more secure. Unfortunately, it’s also going to create even more of a monoculture. If something goes wrong, it goes wrong in a lot of places. A flaw in the HTML or JavaScript engines becomes a flaw in Chrome, Chromium, Edge, Opera and others.

Microsoft’s Joe Belfiore, corporate vice president of Windows, paints the prospect of a Chromium-based Edge as a compatibility heaven for users and corporate IT, and a headache-reducing improvement for developers:

Ultimately, we want to make the web experience better for many different audiences. People using Microsoft Edge (and potentially other browsers) will experience improved compatibility with all web sites, while getting the best-possible battery life and hardware integration on all kinds of Windows devices.

Web developers will have a less-fragmented web platform to test their sites against, ensuring that there are fewer problems and increased satisfaction for users of their sites; and because we’ll continue to provide the Microsoft Edge service-driven understanding of legacy IE-only sites, Corporate IT will have improved compatibility for both old and new web apps in the browser that comes with Windows.

Edge had about 4% of the browser market as of August. Chrome had about 67%. In effect, Chrome is the new IE.

In order to change that, Microsoft needs to supply a browser that businesses can run across all versions of Windows. That’s one thing that the Chromium move will accomplish: a Chromium-based Edge won’t be exclusive to Windows 10, and can instead be run on Windows 7, Windows 8.1 and even on macOS.

It also means that Microsoft will be able to update the browser more frequently, though whether that happens monthly isn’t clear. What is clear: updates will no longer be tied to every major Windows 10 update.

The Verge reports that Microsoft has been mulling this move for at least a year, pushed by consumers and businesses who want to see the company improve web compatibility. Edge has been getting better, but even small compatibility issues have made it a rocky road for users.

Will this improve Edge’s teensy market share? That remains to be seen. But as far as Mozilla CEO Chris Beard is concerned, this is Goodbye to EdgeHTML, hello to even more control over online life being handed to Google. Browser engines may be invisible to users, he wrote in a blog on Thursday, but they hold great sway over what can be done online and what developers prioritize:

The ‘browser engines’ – Chromium from Google and Gecko Quantum from Mozilla – are ‘inside baseball’ pieces of software that actually determine a great deal of what each of us can do online. They determine core capabilities such as which content we as consumers can see, how secure we are when we watch content, and how much control we have over what websites and services can do to us. Microsoft’s decision gives Google more ability to single-handedly decide what possibilities are available to each one of us.

Readers, what do you think of this move: can we expect better security with Google and Microsoft both contributing to the Chromium codebase? Will that be worth Google tightening its grip on our online lives? Please do chime in below.