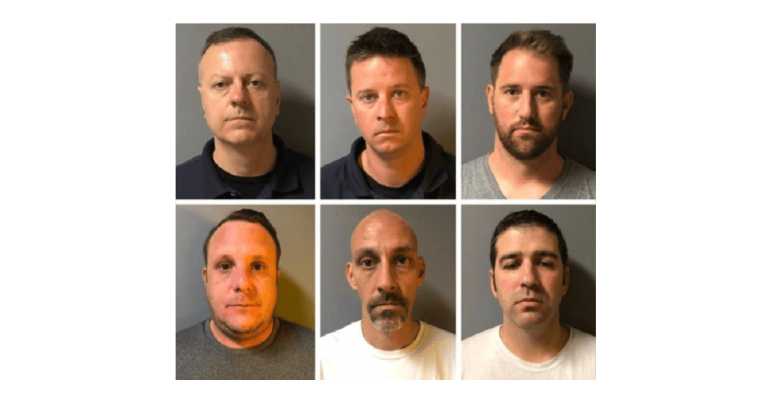 Ever broken your phone screen? Had your computer fritz? Ever taken a device to a repair shop? Ever been asked for your password when you hand it over? Ever wonder whether the shop workers lift the lid to rifle through your little treasure chest of personal data?

Anybody should think about that last one, but it goes double for women or girls, as recent news makes clear.

Terrence M. Roy, 47, of Seekonk, in the US state of Massachusetts, is now facing two counts of accessing a computer for fraudulent purposes and one conspiracy count. He’s one of six defendants who were/are employed by Flint Audio Video, in Middletown, RI.

An RI State Police investigation has found that 13 women between the ages of 22 and 47 never gave anyone from Flint permission to go through their “media files, make copies and later disseminate them.” Nonetheless, the women allege that store employees stole and shared their nude images and videos.

The statute of limitations means that only five of the alleged victims are now associated with the case. Police believe that the alleged thefts have been going on for seven years – since 2011.

As reported by the Providence Journal on Monday, Roy said in an interview with state police that he had surreptitiously taken photos of customers inside the store and sent them to former employee George Quintal, 34, who’s also facing five counts of accessing a computer for fraudulent purposes and five conspiracy counts.

…But only if the target was female and good-looking. From a narrative of the interview seen by the Providence Journal:

Roy stated that he was never given permission to search any customer’s electronic devices and there was no reason for him to do this. When asked if he would ask for a customer’s computer/cellphone password for cases where just a broken screen needed to be fixed, Roy stated they typically wouldn’t ask unless the customer was pretty.

The other four defendants:

Quintal was the first one to be arrested, in mid-June, and was subsequently fired.

When detectives searched Quintal’s home, they say they found a thumb drive with more than 2,000 nude photos and videos of suspected Flint customers. Police allege that when customers dropped off phones, computers and other devices for repair, Quintal searched them without the customers’ knowledge or consent and took photos of any provocative media he found. He would then share the content with some of his coworkers.

On 1 July 2015, Quintal allegedly sent a text to Preuit in which he said that transferring the photos directly to a thumb drive made for higher-quality images.

Court documents show that Quintal regularly texted the men with photos of nude and partially nude women. Preuit told state police that this was what the all-male culture at Flint led to:

You know it’s just, I understand what [Quintal] was doing and I guess I was, I mean, I know I was obviously involved. You know it just started out as I worked for a company of all men, you know and it was just funny banter, back and forth that snowballed into this.

Well, not all male, not all the time, at any rate. Two Flint employees ratted out the alleged thieves, one of whom was a woman.

Identified in court documents as Jane Doe, she told state police about the photo- and video-sharing circle in late May. She showed them four email conversations between Quintal and the stores’ owners, Anton and Gagne.

Police said that one of the alleged victims told them that she and her mother have known Gagne for several years. When her iPhone started to malfunction, Gagne allegedly told her to bring the phone to Flint, so she did. Police said that Quintal sent two photos of her to Anton and Gagne via email.

Local station WPRI’s Eyewitness News shared this transcript of an exchange between Quintal and Preuit:

Quintal: Did the girl that sounded hot bring her computer last night?

Preuit: I’m sure it will resurface.

The six defendants are due to appear in court on 10 January. Quintal’s attorney told WPRI Eyewitness News that his client plans to plead not guilty.

Investigators are asking Flint Audio Video customers to contact Detective Adam Houston at (401) 921-8152 if they suspect that their media might have been taken.

How to protect your data and your gadgets

This is only the latest entry into the hall of terror that lists “terrible things that can be done to your device at the hands of so-called repair shops.” We’ve seen Best Buy Geek Squads misdiagnosing and overcharging for simple cases of IDE cables unplugged from hard drives, and then there are those Apple store Geniuses who’ve used hard drives for skateboards and/or destroyed all our data if they thought customers were being rude to them and/or poured whiskey into Macs.