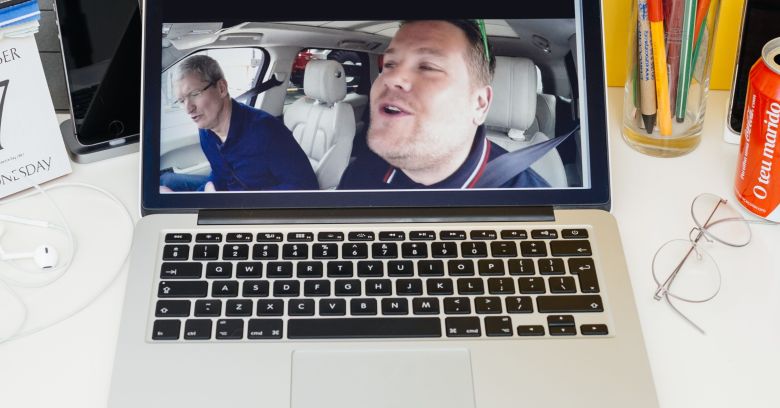 Apple apparently didn’t learn much from Bono-gate – when it foisted a U2 album onto users’ devices without so much as a by-your-leave – because it’s gone and done it again.

This time, it’s been spamming users with promotions for its Carpool Karaoke show, among other push notifications, in spite of its TV app never expressly asking for permission to push promotional notifications, and even though its App Store guidelines forbid developers from sending unsolicited promos.

Some users are not pleased. One threatened to jump the iOS ship.

Another user pointed out that Apple is apparently violating its own developer guidelines: specifically, Section 4.5.3 of its App Store Guidelines, which tells developers not to “spam, phish, or send unsolicited messages to customers.”

Apple hadn’t responded to multiple requests for comment from The Verge as of Thursday afternoon. Hopefully, that’s because it was busy digging out its notes from the U2 debacle: in particular, we’re hoping it throws together yet another set of instructions for how to wriggle out of its content foisting. Last time, it was how to remove unasked-for, unwanted warbling from an iTunes collection, and this time, hopefully, it will be how to turn off unsolicited notifications spewed out by its TV app.

It might be easy as pie to do, but users shouldn’t be forced into hunting around and finding out how. In the meantime, while Apple is hopefully preparing its mea culpa, here’s the official Apple page with instructions on how to manage notifications on your iOS device.