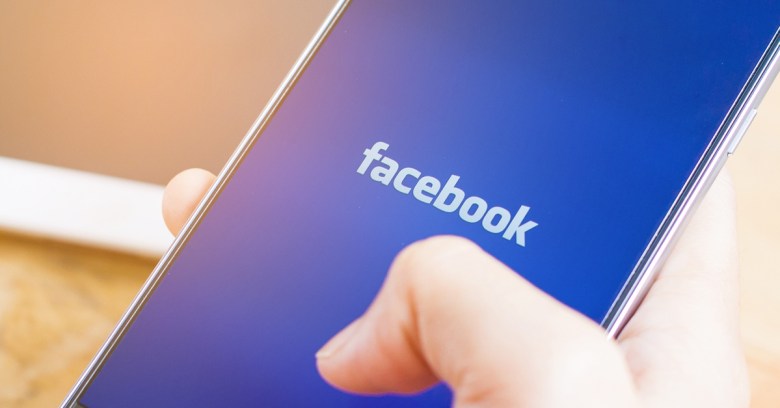 Sorry to say, but 2019 has not ushered in new “tips to bypass FB” as it supposedly limits posts on your news feed.

Nor has Facebook ushered in a new algorithm that “chooses the same few people – about 25 – who will read your posts”, at least not that we’ve heard.

Rather, we’re still stuck with whatever murky, stubbornly unfathomable algorithms Facebook uses to determine the order of content in our feeds, regardless of what the latest, breathless spin on this wheezy old hoax wants you to believe. To wit: 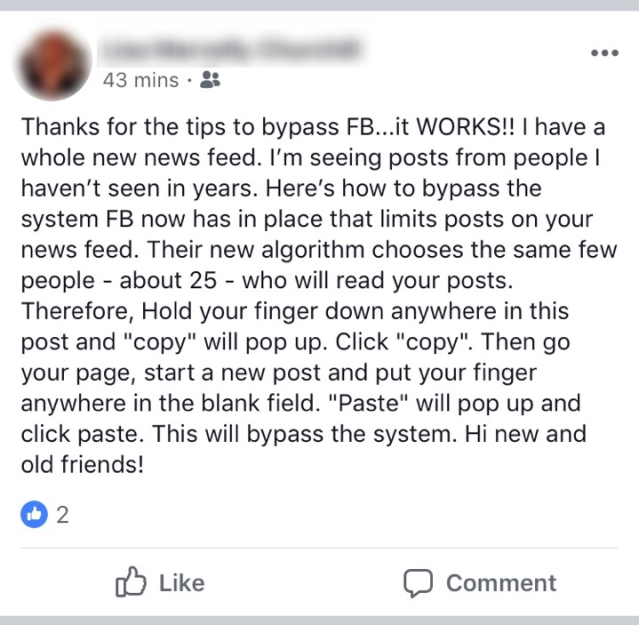 Thanks for the tips to bypass FB – it WORKS!! I have a whole new news feed. I’m seeing posts from people I haven’t seen in years.
Here’s how to bypass the system FB now has in place that limits posts on your news feed.
Their new algorithm chooses the same few people – about 25 – who will read your posts. Therefore, Hold your finger down anywhere in this post and “copy” will pop up. Click “copy”. Then go your page, start a new post and put your finger anywhere in the blank field. “Paste” will pop up and click paste. This will bypass the system. Hi new and old friends!

The last time we wrestled with this particular pudding was back in February when Snopes debunked the viral hoax and said no, a new Facebook algorithm will NOT only show you 26 friends.

Snopes pointed out at the time that the algorithm hoax followed on the heels of a real Facebook announcement from 11 January 2018 about a major overhaul in how newsfeed works.

It wasn’t about squeezing out your friends, though. In fact, Facebook had the opposite in mind: it said it was working on turning the tables when it comes to personal content from friends and family making way for an explosion of corporate posts, be they from corporations, businesses or media.

Snopes contacted Facebook to ask whether the claim of limiting personal interactions had merit. A representative said no, it does not. Why is the rumor, then, still lying its way to the top of newsfeeds? By convincing a user to copy and paste, rather than share the post, it’s much harder to shut it down.

The best thing you can do is carefully sidestep this cow patty. You can also do us all a solid by warning your friends not to perpetuate the spread of fake news posts.