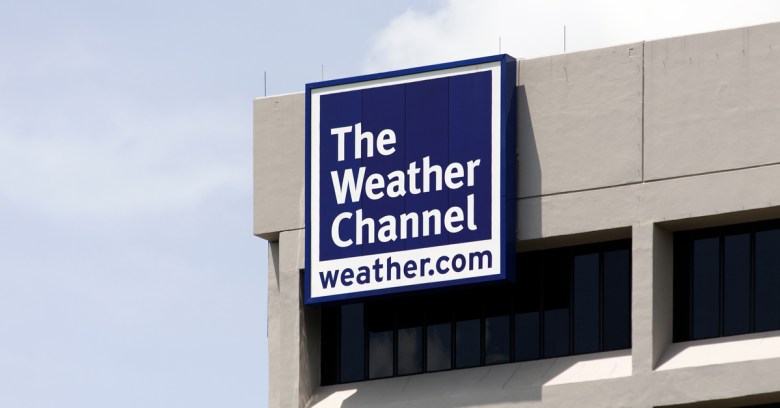 Los Angeles has sued The Weather Channel (TWC), claiming that it’s been posing as a “personalized local weather data, alerts and forecasts” app but in truth makes profits by tracking users “throughout the day and night” so as to sell their private, personal location data.

The lawsuit calls The Weather Company’s practices “fraudulent and deceptive” and says they violate California’s Unfair Competition Law. TWC fails to disclose that it collects users’ location data and sends it to third parties, the suit maintains.

It isn’t about analyzing the clouds above our heads for a personalized weather forecast, LA says. Rather, it’s about collecting location data for “advertising and other commercial purposes unrelated to weather data, alerts and forecasts.”

None of the marketing purposes of collecting geolocation data are disclosed on either Apple’s App Store or Google’s Android Play Store versions of the free app, which is also available in an ad-free version for $3.99, the lawsuit notes.

When users download the app, TWC prompts them to allow it to access their location data, but it doesn’t say anything about sharing that data, the lawsuit says:

The permission prompt also fails to reference or link to any other source containing more detailed information about what users’ geolocation information will be used for.

Granted, the app’s privacy policy does note that data could be used for targeted advertising and might be shared with “partners,” the lawsuit says. But why would users even think to look at the policy, given that the prompt doesn’t mention that their data will be used in those ways?

As it is, “unbeknownst to users,” TWC’s core business is “amassing and profiting from user location data,” the suit says. The lawsuit refers to a 2016 article that describes it as a “location data company powered by weather.”

The lawsuit asserts that TWC’s failure to alert users that their personal information is being sold is “no mere oversight.” It quoted Domenic Venuto, General Manager, Consumer Division at TWC, who admitted in an interview that…

[If] a consumer is using your product and says ‘Hey, wait a minute, why do they want to know where I am?’ because it isn’t an organic fit with the app, you are going to have some problems.

Last month, a New York Times investigation found The Weather Channel was just one of at least 75 companies getting purportedly “anonymous” but pinpoint-precise location data from about 200 million smartphones across the US.

They’re often sharing it or selling it to advertisers, retailers or even hedge funds that are seeking valuable insights into consumer behavior. One example: Tell All Digital, a Long Island advertising firm, buys location data, then uses it to run ad campaigns for personal injury lawyers that it markets to people who wind up in emergency rooms.

The Times reviewed a database holding location data gathered in 2017 and held by one company, finding that it held “startling detail” about people’s travels, accurate to within a few yards and in some cases updated more than 14,000 times a day. Several of the businesses whose practices were analyzed by the Times claim to track up to 200 million mobile devices in the US.

Sales of location-targeted advertising are hot-hot-hot: they reached an estimated $21 billion in 2018. But there’s more to it than advertising: IBM got into the industry in 2015, when it purchased the digital side of TWC, with an eye to helping industries “operationalize their understanding of the impact of weather on business outcomes.”

Are retail sales really off because of unseasonably warm weather around the holidays, for example, as some executives would have us believe? You can see how valuable it would be for stock market watchers to be able to suss out, given highly personalized consumer location data, whether El Niño was really keeping people from heading to the shopping malls or whether a given company was actually experiencing deeper, less transient issues.

At any rate, whatever’s being done with our location data, be it related to the Polar Vortex or to marketing personal liability lawyers to us as we sit in the emergency room, we have a right to know about it, according to what Los Angeles City Attorney Michael N. Feuer told the Times:

If the price of getting a weather report is going to be the sacrifice of your most personal information about where you spend your time day and night, you sure as heck ought to be told clearly in advance.

An IBM spokesman, Saswato Das, told the Times that TWC plans to fight the suit:

The Weather Company has always been transparent with use of location data; the disclosures are fully appropriate, and we will defend them vigorously.