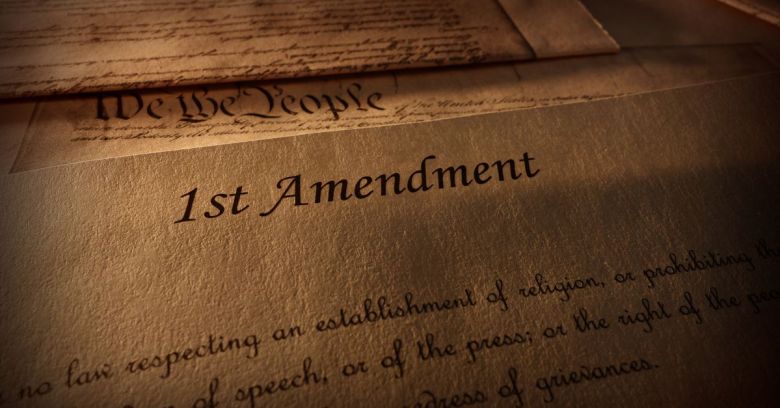 Keep your hands off that “block” button, an appeals court told a government bureaucrat who temporarily blocked a constituent who’d posted criticism on one of her Facebook Pages. Blocking is unconstitutional, the court declared, given that aspects of the page in question “bear the hallmarks of a public forum.”

The ruling was handed down on Monday by the US Court of Appeals for the Fourth Circuit and could serve as a precedent, given that it’s the first decision from an appellate court that addresses the applicability of the First Amendment to social media accounts run by public officials.

A similar case, in which a New York judge banned President Donald Trump from blocking Twitter users on the grounds that it’s a violation of free-speech rights, is pending appeal in the Second Circuit Appeals Court.

The Trump Administration argues that the @realDonalTrump account is a personal one, meaning that the First Amendment doesn’t apply. The appeal is due to be heard soon. The case could wind up in the Supreme Court, as US courts deal with the question of what constitutes an “official” account on social media.

The difference between a personal vs. an official social media account was at the crux of the case decided on Monday.

That case was about what Phyllis Randall, Chair of the Board of Supervisors in Loudoun County, Virginia, got up to with one of her Facebook pages.

As the ruling describes it, Randall has three Facebook profiles: her personal account, a page devoted to her campaign, and another page that she created the day before she was sworn in as chair: the “Chair Phyllis J. Randall” Facebook page.

She and her chief of staff use this page to communicate about things like upcoming meetings and what would be discussed; community news, such as when a student fell from a water tower or which streets needed to be plowed after a big snow storm; news about her job-related travel; and advisements about official Loudoun Board action, such as funding new breathing apparatus for local firefighters.

On her campaign page, Randall characterized the Chair’s Facebook page as her “county Facebook page, inviting input from one and all:

I really want to hear from ANY Loudoun citizen on ANY issues, request, criticism, complement [sic] or just your thoughts. However, I really try to keep back and forth conversations (as opposed to one time information items such as road closures) on my county Facebook page (Chair Phyllis J. Randall) …

But one of her Loudon constituents is the active, outspoken Brian Davison. At a contentious public meeting, Davison accused Board members of having financial conflicts of interest. He continued that line of criticism on Randall’s Facebook page. After briefly interacting with Davison, Randall decided to delete the thread and to block Davison from the page.

By the next day, second thoughts made her reverse course. After 12 hours, she unblocked Davison, but the damage was already done. A furious Davison sued, claiming that his due-process and free-speech rights had been violated. The Loudon Board and Randall argued that the page wasn’t an official municipal page and hence Davison’s rights hadn’t been affected, but a district court sided with Davison.

Randall and the Board appealed, but the appeals court sided with the original verdict, saying that the page was effectively a public forum for the Chair’s job as a public official. Hence, the First Amendment obligation applies.

The court wasn’t impressed by the fact that Randall lifted the ban after half a day, given that she’s insisted that the First Amendment doesn’t apply to the situation. Randall has argued that it’s her right to ban anyone she likes from the page, based on their views. Her persistence in this belief makes it a “credible threat” that she could and would cut off Davison in the future, the appeals court ruled.

The court’s decision shows that it’s clearly aware that this is new, uncharted legal territory:

Given the Trump Administration’s appeal, the Supreme Court could weigh in on the issue of what constitutes a public forum sooner rather than later. In the meantime, the Knight Institute, which argued the appeal on behalf of Davison and which is also behind the case against Trump’s blocking of Twitter users, is considering Monday’s decision to be a First Amendment victory against government censorship.

Public officials, who increasingly use social media accounts as public forums to foster speech and debate among their constituents, have no greater license to suppress dissent online than they do offline.