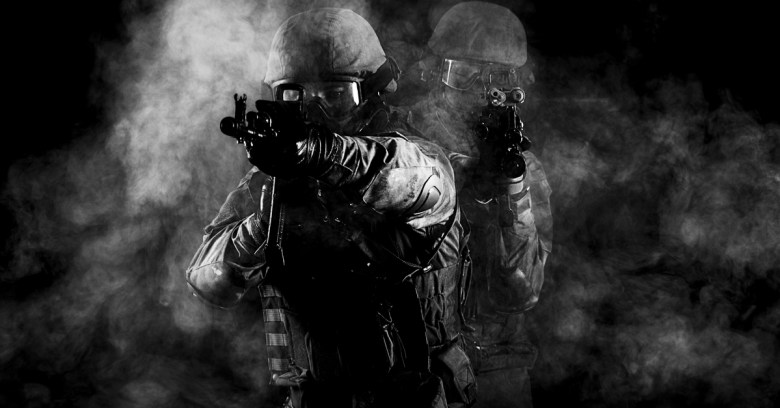 A man identified as a Facebook executive got SWATted on Tuesday night.

The Palo Alto Daily Post reports that police, fire department and public safety agents swarmed the exec’s home in Palo Alto, California, in response to a hoax call from a man claiming to be him who said he’d shot his wife with an assault rifle, tied up his kids, put “pipe bombs all over the place,” and that he’d kill police or anyone else if they came near.

Police said in a statement that the prank call came in at 9:16pm.

When officers – including trained crisis negotiators – responded, they surrounded the exec’s home and ordered the residents to come out. Two befuddled but calm people emerged: the executive and a woman who lives in a separate unit. They had no idea what was going on, and police found no children, tied-up or otherwise.

“The entire call was a hoax,” the police department said, with the suspect having impersonated the man by using his name.

Police Agent Marianna Villaescusa, who spoke as a negotiator with the prankster, said she stayed on the phone with the SWATter for about an hour, though he didn’t talk much. The Palo Alto Police Department said that the man placed the call to a 24-hour dispatch center using an untraceable number.

Whoever he is, he’ll potentially be facing multiple criminal charges, as well as a potential civil liability to offset the cost of the law enforcement response. From the police statement:

Hoax threats such as this are not only criminal in nature, but they also create a great deal of stress and anxiety for neighbors. The law enforcement response to this incident took officers away from their other important duties and calls. Anyone found responsible for placing a hoax call like this will be prosecuted to the fullest extent of the law.

The people who carry out these kinds of assaults consider them “pranks,” but the consequences can be lethal. Beyond wasting crisis responders’ time and resources, they can result in the death of innocent people.

In the US and other countries, the crime of SWATting – which takes its name from elite law enforcement units called SWAT (Special Weapons and Tactics) teams – involves making a false report to emergency services about shootings, bomb threats, hostage taking, or other alleged violent crime in the hopes that law enforcement will respond to a targeted address with deadly force.

Convicted SWATters such as Tyler Barriss will tell you that their intention isn’t to have anybody shot or killed. It is, rather, to shock or cause alarm. It doesn’t matter what their “intentions” are, though; it won’t buy back the life of 28-year-old Andrew Finch, whom police shot to death when responding to Barriss’s hoax call.

Fortunately, the Facebook exec – whom the company declined to name – wasn’t harmed, though he was handcuffed during questioning. Facebook spokesman Anthony Harrison said in a statement that the company is grateful for how Palo Alto’s crisis responders handled the incident:

We thank the city of Palo Alto for their swift and thoughtful response. They quickly identified this as a prank, and we are glad that our colleague and his family are safe.

Palo Alto police are asking for help to track down the caller. Anonymous tips can be emailed to paloalto@tipnow.org .