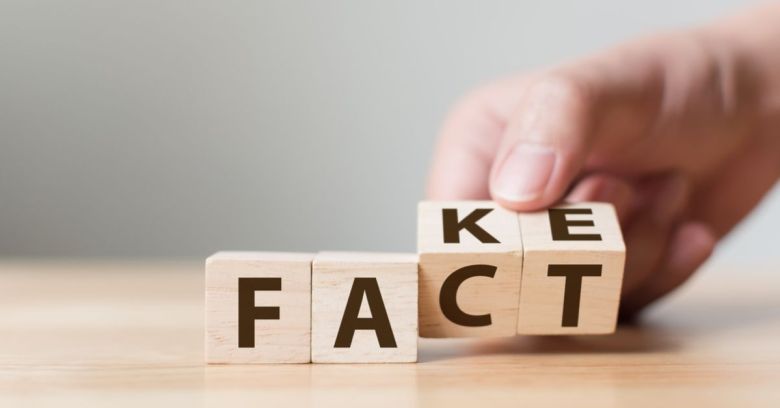 Facebook has hired an independent UK fact-checking organization, Full Fact, to help it rate what users report as fake news.

Since 2016, Facebook has been working worldwide with fact checkers on the issue of misinformation in people’s news feeds. This recent agreement with Full Fact marks the launch of the battle in the UK.

On Friday, Full Fact said in a blog post that started this month, it’s going to be checking the veracity of public pictures, videos or stories flagged as potentially bogus by Facebook users.

The charity, which was founded in 2010, will grade content as true, false or a mixture of both. The full rating system offers nine options, including utterly false, having a factually inaccurate headline, or being satirical or prank news, among other ratings.

Full Fact is only going to check content presented as fact-based reporting. It’s not going to check satire or opinion, which will be exempt from ratings and labeled as such.

None of this will stop users from sharing or reading content, regardless of whether it’s been rated as inaccurate. That’s in keeping with Facebook’s current approach to the difficult task of balancing its fight against misinformation on one hand with the principles of free speech on the other.

As it said in July 2018, Facebook won’t remove fake news, choosing instead to demote it. Facebook said at the time that demotion translates into an 80% loss of future views and that such punishment extends to Pages and domains that repeatedly share bogus news.

In April 2018, Facebook started putting some context around the sources of news stories. That includes all news stories: both the sources with good reputations, the junk factories, and the junk-churning bot-armies making money from it.

Prior to that, in March 2017, Facebook started slapping “disputed” flags on what its panel of fact-checkers deemed fishy news.

In keeping with Facebook’s refusal to remove content marked as false or inaccurate, users will be warned when they’re about to share what’s been deemed to be false. They won’t be prevented from doing so, however. But given that Facebook’s algorithms demote false content, fewer people will see it in the first place.

Sarah Brown, training and news literacy manager at Facebook, said that bringing Full Fact in on fact-checking will help push false news ever further down so that fewer people will see it:

People don’t want to see false news on Facebook, and nor do we. We’re delighted to be working with an organization as reputable and respected as Full Fact to tackle this issue.

Full Fact will, at least initially, be the only UK-based fact checker. Given the enormous volume of Facebook traffic, the charity isn’t promising it can catch everything. It says it’s going to prioritize “misinformation that could damage people’s health or safety, or undermine democratic processes”. That includes…

…everything from dangerous cancer ‘cures’ to false stories spreading after terrorist attacks or fake content about voting processes ahead of elections.

Factchecking is slow, careful, pretty unglamorous work – and realistically we know we can’t possibly review all the potentially false claims that appear on Facebook every day.

Facebook is footing the bill for this: a change from the early days of its fact-checking foray, when it was apparently unwilling to pay for the service of non-partisan fact-checking organizations or volunteer users.

Whatever Facebook forks over won’t buy it the rights to tinker with the product, Full Fact said:

Organizations we work with – including Facebook – never contribute to our editorial policy or influence who and what we fact-check. We have rigorous safeguards in place at every level to ensure our neutrality and independence, including fundraising safeguards.

And while Full Fact can’t promise to scrub Facebook entirely clean of gunk, this is at least a step in the right direction, according to Full Fact Director Will Moy. The Guardian quoted Moy:

Fact-checking can take hours, days or weeks, so nobody has time to properly check everything they see online. But it’s important somebody’s doing it because online misinformation, at its worst, can seriously damage people’s safety or health.

There’s no magic pill to instantly cure the problem, but this is a step in the right direction. It will let us give Facebook users the information they need to scrutinize false or misleading stories themselves and hopefully limit their spread – without stopping them sharing anything they want to.