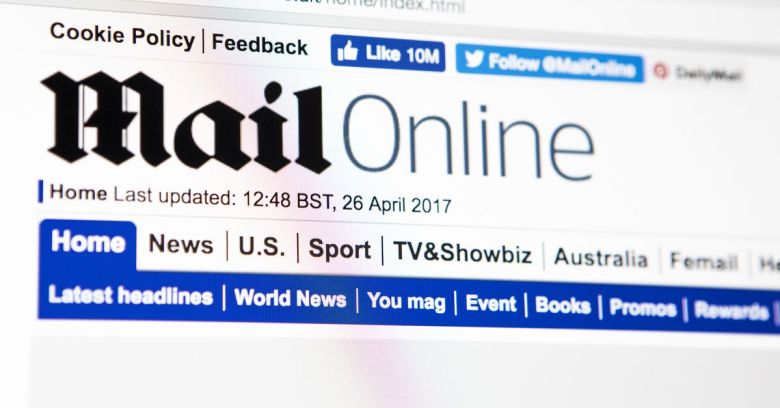 As legislators and the public have bludgeoned them with complaints about how they’ve let fake news melt democracy, tech big boys such as Microsoft and Facebook have said hey, that ain’t our thing – we’ll get fact-checkers to take this slapping for us.

Bring it on, said one of those fact-checking services. The buck stops right here, said third-party startup NewsGuard… following it having glued an “untrustworthy” badge onto the Daily Mail’s journalism, which includes the Mail on Sunday and Mail Online.

As part of Microsoft’s attempt to stop the spread of malarkey, the company has preinstalled NewsGuard’s messages into its Microsoft Edge browser on Android and iOS. Thus, as of this week, Edge users are seeing messages saying that Mail Online rates a one out of five for credibility: “the same level as the Kremlin-backed RT news service,” as The Guardian reports.

Note: not all Edge users will see the ratings. Users will need to turn on the option in their app settings to see how fake-newsy or not-fake-newsy a site is.

The Daily Mail is a UK tabloid that’s second only to The Sun for daily newspaper readership. It, along with its online outlets, have been rated by NewsGuard as “generally fail[ing] to maintain basic standards of accuracy and accountability.”

According to The Guardian (which, according to PC Mag, NewsGuard has rated as trustworthy), Microsoft Edge users who visit Mail Online will now see a small shield icon in the URL bar at the top of the screen. It asserts that the website…

…generally fails to maintain basic standards of accuracy and accountability… [and] has been forced to pay damages in numerous high-profile cases.

Readers should tread with caution, NewsGuard says, given that…

…the site regularly publishes content that has damaged reputations, caused widespread alarm, or constituted harassment or invasion of privacy.

NewsGuard is also warning that the Daily Mail sites fail to “handle the difference between news and opinion responsibly” and fail to reveal “who’s in charge, including any possible conflicts of interest.”

The NewsGuard app is run by a group of veteran journalists, including co-CEOs Steven Brill – who founded The American Lawyer, Court TV, and the Yale Journalism Initiative – and Gordon Crovitz, who was a publisher of, and a columnist writing for, the Wall Street Journal.

It eschews algorithms, instead relying on a team of trained journalists and editors to review and rate websites based on journalistic criteria such as whether a site regularly publishes false content, reveals conflicts of interest, discloses financing, or publicly corrects reporting errors.

When a site fails to meet any of its nine criteria, NewsGuard emails and calls, to try to give it a chance to comment.

That’s what NewsGuard says it did with the Daily Mail. NewsGuard’s label states “fairly clearly” how many times it tried to contact Mail Online, Brill told the Guardian. However, that conversation was not to be, Brill said:

The analyst that wrote this writeup got someone on the phone who, as soon [as] he heard who she was and where she was calling from, hung up. We would love to hear if they have a complaint or if they change anything.

Don’t blame Microsoft for the rating, he said. This one’s on us, and we’re happy to answer for it:

We want people to game our system. We are totally transparent. We are not an algorithm.

“The buck stops here” is NewsGuard’s business model: it’s licensed to tech companies that want to fight fake news but don’t want to be the ones responsible for separating the wheat from the chaff.

It’s already completed these “human-generated verdicts” on the top 2,000 news outlets in the US, Brill said, and is staffing up to do the same with the top 150 news sites in the UK. The plan is to publish those results in April.

A Mail Online spokesperson told the Guardian that they’re now talking to NewsGuard to rectify this “egregiously erroneous classification”:

We have only very recently become aware of the NewsGuard startup and are in discussions with them to have this egregiously erroneous classification resolved as soon as possible.