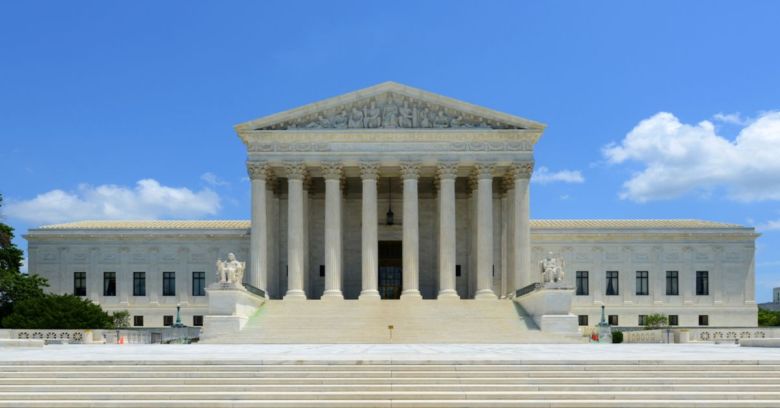 Is it defamatory to write a Yelp review claiming that a law firm is incompetent, negligent of following through on its contractual obligations, and deserves less than one star?

Maybe. Yelp says that it removes reviews it finds to be defamatory, since they violate its terms of service. But in this particular case, Yelp didn’t find the review – written by a client of Hassell Law Group who went by the username of Birdzeye B. – to be so.

Hence, Yelp refused to take down Birdzeye B.’s review, as San Francisco attorney Dawn Hassell had requested and as California’s Supreme Court had ordered it to do in July.

On Tuesday, the US Supreme Court’s docket showed that it had rejected an appeal of the case, which centers around the question of whether Yelp is culpable for removing defamatory reviews from its site.

The review is still up on Yelp, along with a far more scathing update from Birdzeye B., who turned out to be a woman identified as Ava Bird. The case was brought by Hassell not against Yelp, but against Bird.

Hassell’s law firm, which represents plaintiffs in accidents, job discrimination and other cases, had briefly represented Bird in an injury case in 2012 before withdrawing. Months later, Bird posted her one-star review on Yelp, calling the firm incompetent and advising others to seek representation elsewhere. Hassell brought Hassell v. Bird in an effort to get Yelp and Bird to take down the review and Bird’s subsequent update. The firm also sued Bird for libel, seeking damages and an order to remove the postings, but it didn’t sue Yelp.

In January 2014, after Bird failed to respond, a judge entered a default judgment that found the postings libelous and ordered her to pay more than $550,000 in damages for a decline in the firm’s Yelp rating and what Hassell described as a loss of business. The judge also ordered both Bird and Yelp to remove her reviews.

Yelp declined. It said that it voluntarily removes postings it deems defamatory, but that it didn’t find Bird’s ratings to be libelous.

At that point, the law firm of Charles Harder – a lawyer known for high-profile defamation lawsuits and a member of President Donald Trump’s legal team – took up the case, petitioning the Supreme Court to hear the complaint against Yelp. As the San Francisco Chronicle reports, the goal was to get the court to allow court orders to have “entirely unlawful” content removed.

At this point, what’s keeping such court orders from being enforced against sites such as Yelp is Section 230 of the Communications Decency Act (CDA), which states that websites aren’t liable for user-submitted content. The Supreme Court’s refusal on Tuesday to hear an appeal of the case lets stand that key legal protection for all websites.

Back in 1995, when he was pushing the amendment that wound up being Section 230, Senator Ron Wyden warned that we were facing the prospect of an “army of censors” that would stifle the internet’s promise.

Nowadays, Wyden told The Verge, the danger is coming from the web platforms themselves, with a ceaseless stream of disturbing revelations such as Facebook playing loosey-goosey with user data, YouTube and its eye-poppingly inappropriate videos targeted at kids, bullying on Twitter, or virally spread rumors that lead to people getting lynched.

The early days of Section 230 were nothing compared to this, Wyden said:

Back then, I think there was an awareness of the fact that there might be significant privacy issues, but I don’t think anybody was talking about an Exxon-Valdez of privacy the way people talk about it today.

That’s leading to a slew of new challenges to Section 230, including…

Yelp called the California Supreme Court’s decision last year a win for “those of us who value sharing one another’s opinions and experiences” on the internet, while SCOTUS’s more recent decision to not hear the appeal upholds the right to publish “entirely truthful consumer opinions.” Here’s what a Yelp spokesperson told The Verge:

We are happy to see the Supreme Court has ended Hassell’s efforts to sidestep the law to compel Yelp to remove online reviews. This takes away a tool that could have been easily abused by litigants to obtain easy removal of entirely truthful consumer opinions.