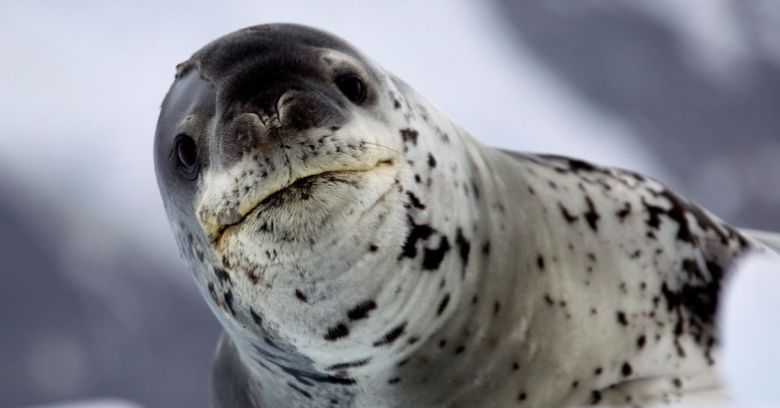 It’s hard to imagine anything good coming out of littering the landscape with USB thumb drives.

If you’re a crook, it can lead to getting busted for whatever incriminating stuff is on there.

If the drive is unencrypted, whatever’s on there is up for grabs.

If you’re a border agent at a US port of entry, you risk getting taken to task by the Office of Inspector General for fumbling the data you’ve copied when searching travelers’ seized devices.

Then again, it could become a snack

If you’re a seal, you could eat it and poop it out.

That can’t have been comfortable for whatever leopard seal passed a still-functioning USB stick, which was found in a lump of scat collected in New Zealand. However it felt for the seal, the photos on the drive got through their journey just fine, according to the National Institute of Water and Atmospheric Research (NIWA), which tweeted out one of their videos as it searches for the drive’s owner:

NIWA is searching for the owner of a USB stick found in the poo of a leopard seal…
Recognise this video? Scientists analysing the scat of leopard seals have come across an unexpected discovery – a USB stick full of photos & still in working order! https://t.co/2SZVkm5az4 pic.twitter.com/JLEC8vuHH0

As NIWA tells it, the frozen slab of seal poo has been sitting in a freezer at the Crown Research Institute since November 2017.

The lump is about the size of two bread rolls. It was collected by one of a network of volunteers who search the country for leopard seal scat that they then send on to NIWA marine biologist Dr Krista Hupman and her team at LeopardSeals.org. It’s “as good as gold” to researchers, NIWA said, yielding up data about what the Antarctic predators eat, a little bit about their health, and how long they may have been in New Zealand waters.

This particular thumb-drive-enriched sample was collected by a local vet who was out checking on the health of a skinny leopard seal that was resting on Oreti Beach, Invercargill.

It stayed in the freezer for over a year. Then, in January, it was removed and defrosted by volunteers Jodie Warren and Melanie Magnan, whose jobs include pulling apart seal globs. NIWA quoted Warren:

[After defrosting a sample] we basically have to sift it. You put it under the cold tap, get all the gross stuff off, smoosh it around a bit and separate the bones, feathers, seaweed and other stuff.

In this particular case, “other stuff” included the intact USB drive – yet another of an increasing number of instances of plastics found to have been ingested by marine animals. Warren:

It is very worrying that these amazing Antarctic animals have plastic like this inside them.

The volunteers left it out to dry for a few weeks. Then, they plugged it in to see what it held.

That, of course, is exactly the opposite of what we advise here at Naked Security. It’s not safe to plug in random USB drives, be they “conveniently” scattered throughout a parking lot by who knows who or handed out as prizes at – SEVERE IRONY ALERT! – a cybersecurity expo.

But plug it in they did, and this is what they found: photos of sea lions and a video of a mother and baby sea lion frolicking in the shallows. Their only clue to the drive’s owner: the nose of a blue kayak seen in the foreground, as depicted in that video they tweeted.

NIWA is open to reuniting the thumb drive with its rightful owner, but there’s a cost involved: namely, they say they’ll swap it for more poo.

8 comments on “Anyone want to lay claim to the USB drive found in seal poo?”