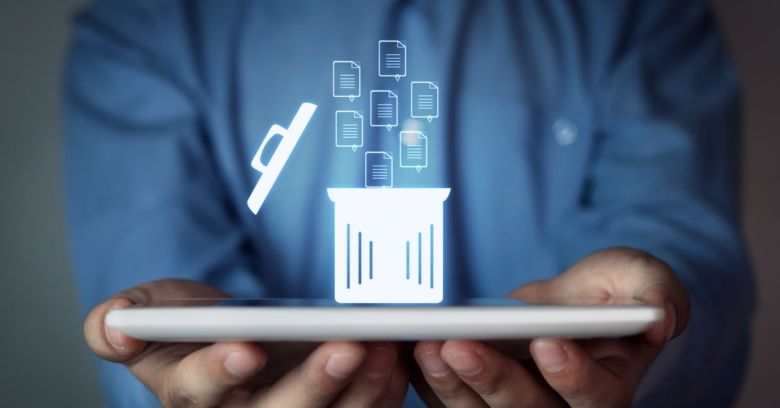 You can’t erase your Twitter footsteps, it turns out: what goes into Twitter stays lodged in its guts for years.

That’s because of a glitch that a bug hunter is calling a “functional bug.” The bug, discovered by security researcher Karan Saini, keeps direct messages (DMs) from being completely deleted, regardless of whether you or others have deleted the messages or even if the accounts that sent or received the DMs have been deactivated and suspended:

Folks are having some trouble understanding this, so here is a short summary:
DMs are never “deleted”—rather only withheld from appearing in the UI. The archive feature lets you view these DMs, as well as any others with now suspended, or deactivated users https://t.co/IXRdT6G9i6

Saini told TechCrunch that he found years-old messages in a file when he downloaded an archive of his data from Twitter accounts that he’d previously deleted.

You can download data from your own account(s) here to get an idea of everything that Twitter collects, and retains, on you.

The researcher says that he reported a similar bug, found a year earlier but not disclosed until now, that allowed him to use a since-deprecated API to retrieve DMs even after a message was deleted from both the sender and the recipient. That earlier bug couldn’t get at DMs from suspended accounts, however.

…with the exception of log data, which it keeps for up to 18 months. Log data includes information such as IP address, browser type, operating system, referring web pages, pages visited, location, mobile carrier, and device information.

According to Fortune, Saini reported the bug through HackerOne, a bug bounty platform that works with Twitter.

A Twitter spokesperson told TechCrunch that as of Friday, the company was looking into the matter “to ensure we have considered the entire scope of the issue.” Twitter also told Fortune that the issue is “still open,” so as of Saturday, they couldn’t publicly comment on specifics.