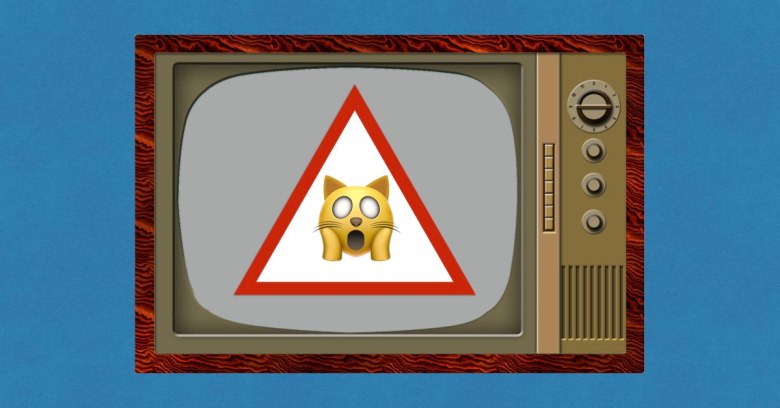 Cyberscare-of-the-moment is the “Momo challenge”, named after an admittedly rather freaky Japanese sculpture known as Momo, or the Mother-Bird.

The sculpture was made a few years ago by a horror-movie special effects artist and displayed at an art exhibition.

…and on-and-off rumours followed, claiming that creepy internet users had been using the image to put terrible ideas into childrens’ heads.

In many ways, the “Momo challenge” is much like the infamous Talking Angela hoax from five or six years ago.

In the Talking Angela saga, panicked users all over the world suddenly started telling each other that an innocent app featuring a talking cat was actually a front for online child abuse.

Time to stop the hype

The “Momo challenge” rumours have had a massive resurgence recently, thanks to widespread media coverage and numerous celebrity tweets.

We decided it was time for some plain-speaking advice to keep you safe.

PS. Like the shirt in the video? They’re available at: https://shop.sophos.com/