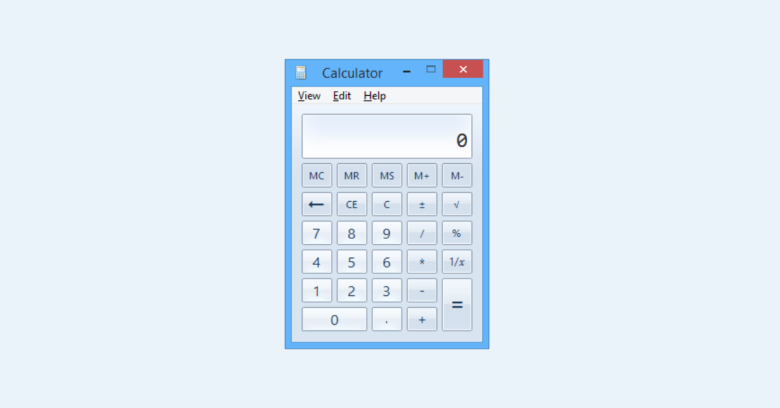 Can the combined power of the world’s developers possibly improve the iconic Windows Calculator app?

Microsoft is so sure they can that this week it posted the source code for one of the most used applications in history, on GitHub under an open source MIT License.

In a week when the NSA open-sourced all 1.2 million lines of code for its Ghidra reverse engineering tool, the Windows Calculator’s 35,000 lines of C++ might sound a bit puny by comparison.

But what Calculator lacks in size, it more than makes up for in the stature of having been in every version of Windows since version 1.0 in 1985.

It could be that the move is simply good PR, showcasing the company’s Damascene conversion to the idea of open source, coming only months after it offered up the admittedly ancient Windows File Manager on identical terms.

And then, as Microsoft blogs, there’s the fact that:

Reviewing the Calculator code is a great way to learn about the latest Microsoft technologies like the Universal Windows Platform, XAML, and Azure Pipelines.

Or perhaps Microsoft thinks it’ll be flooded with improvements for a program that’s already becoming weighed down with all sorts of clever features (using data conversion to usefully calculate that 1 Yobibyte is equivalent to 239.5 quadrillion DVDs, for example).

Anyone who fancies having a fiddle will need to be running Windows 10, version 1803 or newer, and have installed the latest free or licensed version of Visual Studio, plus:

Whilst bearing in mind that:

Calculator will continue to go through all usual testing, compliance, security, quality processes, and Insider flighting, just as we do for our other applications. You can learn more about these details in our documentation on GitHub.

Rummaging around in the source code might bring to light security issues, in which case coders should report their findings to the Microsoft Security Response Center (MSRC).

Whatever the open source experiment throws up, Calculator’s status among security researchers is assured – for years it’s been a popular way to demonstrate browser proof-of-concept sandbox escapes.