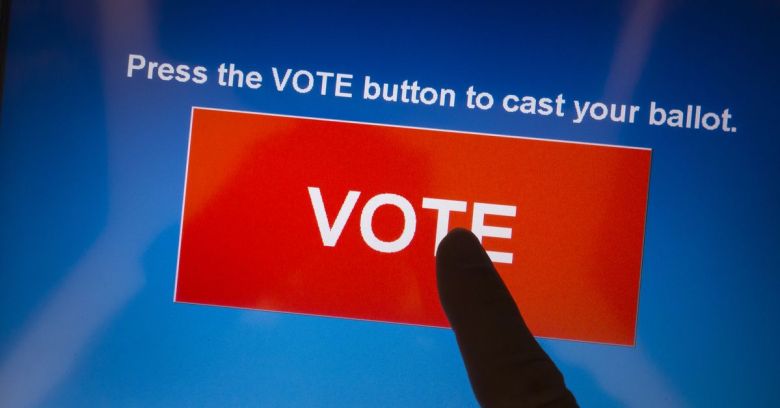 The US Government is working on an electronic voting system that it hopes will prevent people from tinkering with voting machines at the polls.

Motherboard reports that the Defence Advanced Research Projects Agency (DARPA) is working with Oregon-based verifiable systems company Galois to create a voting system based on open source hardware and software.

There will be two systems, according to the report, neither of which will be offered for sale. Instead, they will serve as reference platforms for other vendors to produce more secure electronic voting machines.

The first system, which DARPA plans to bring to DefCon Voting Village this summer, will use a touch screen for voters to choose their candidates. It will then print out a paper ballot for a voter to check before depositing it into an optical scanning machine that counts the vote. That machine prints a paper receipt with a cryptographic code unique to that voter and their choices.

After all the votes have been counted, the codes will be listed on a website so that each voter can check that their votes were logged correctly.

Independent observers will also be able to count all the votes on the website and check the election results, Motherboard said.

The second system, due at DefCon next year, will scan hand-marked ballots.

Paper ballots have been trumpeted as the best answer to voting machine hacking, and at the Voting Village last year, a group of children were invited to hack the voting machines, proving it’s child play to tamper with election results.

Voting is just one application for the research effort, which focuses on producing secure hardware. Verifying hardware security is a major problem in most computing applications because any insecure hardware could potentially be compromised and used to run rogue software.

Research has highlighted hardware insecurities in voting machines before.

A report from researchers at DefCon last summer highlighted problems in one machine, the Dominion AVC Edge, which enabled an attacker to open its outer casing with a screwdriver and replace its removable storage.

Because the machine’s entire execution environment was on the storage device, the attacker could simply replace it with a new operating system and modified application, the researchers said. There were no security measures, such as secure boot or cryptographic signatures.

Galois will build secure voting software to run on over 20 separate secure CPU designs produced by a range of university teams and another from Lockheed Martin. The CPUs should be able to distinguish between malicious and legitimate behaviour, according to the report.

Transparency is the main difference between this electronic voting machine project and existing commercial ones.

Most voting machines to date have been proprietary systems with jealously guarded code. The hardware and software designs for these systems will be published online for all to see and review.

20 comments on “DARPA is working on an open source, secure e-voting system”