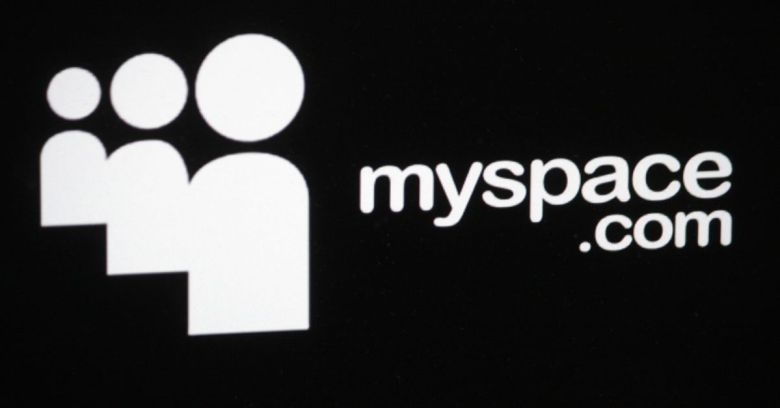 For at least a year, MySpace users have been complaining about broken links to music. 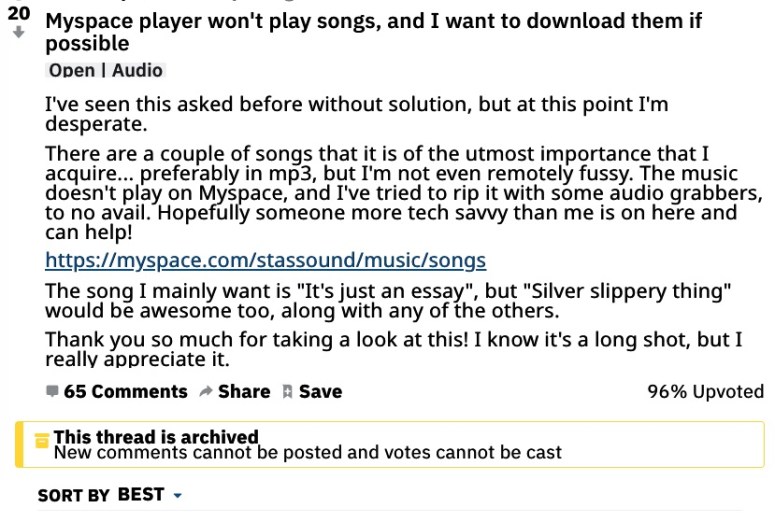 On 1 February 2018, Redditor JodiXD got a dispiriting reply from MySpace, to the effect that there was “an issue” with all songs/videos uploaded more than three years ago. Hang tight, should be a fix on the way, support said, though they weren’t exactly sure when that would be. Sorry for the inconvenience!
·
Well, 13 months later, the arrival date of the fix has been determined. It is, as MySpace said on Monday, “never.” Here’s the statement it finally put out:

As a result of a server migration project, any photos, videos, and audio files you uploaded more than three years ago may no longer be available on or from Myspace. We apologize for the inconvenience and suggest that you retain your back up copies. If you would like more information, please contact our Data Protection Officer, Dr. Jana Jentzsch at DPO@myspace.com.

Back-up copies? That’s a great idea. Unfortunately, it’s apparently not one utilized at MySpace before it does a server migration.

As a result, as Rolling Stone reports, about 50 million songs have been erased. That includes everything uploaded to the site prior to 2015.

The long-drawn-out issue boiled to the surface again this past weekend, once again on Reddit, when BlueRajasmyk2 posted this unhappy-face update. The update was then tweeted out by Kickstarter advisor and former CTO Andy Baio, who said that he was “deeply skeptical” that this was an accident.

I'm deeply skeptical this was an accident. Flagrant incompetence may be bad PR, but it still sounds better than "we can't be bothered with the effort and cost of migrating and hosting 50 million old MP3s."

Unfortunately, this is how it can go with any cloud storage: when you store your stuff on other people’s computers, your stuff is only as safe as those people can manage, or choose, to make it.

We strongly recommend keeping your own backups of the stuff you really care about – backups that are offline (where hackers, ransomware, search engines and other active network gremlins can’t directly reach them) and encrypted (in case they get stolen).

If you encrypt your backups onto USB sticks, for instance, then you might do a deal with a friend to store each other’s devices. You won’t be able to spy on each other by accident or design, but if something bad should happen at one guy’s house, there’s an offsite copy of the vital stuff accessible at the other.

It’s a tiny inconvenience, but it’s neither difficult nor expensive to do and could save your data when you need it most.