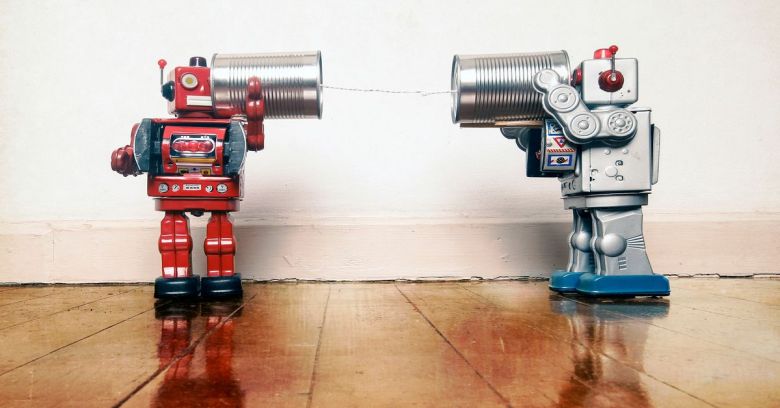 Some of us may think that an appropriate penalty for robocallers is to stuff them with burner phones and roast them up for Sunday dinner, in which case some of us are going to be underwhelmed with the news that the FCC has basically slapped some hands and tsk-tsk-ed them into promising to never, ever do it again.

On Tuesday, the Federal Trade Commission (FTC) announced that it’s shut down four operations responsible for billions of unwanted calls, some of which had tossed some particularly loathsome fraud into the mix.

One of the shyster scams was Veterans of America, aka Vehicles for Veterans LLC, aka Saving Our Soldiers, aka Donate Your Car, aka Donate That Car LLC, aka Act of Valor, aka Medal of Honor.

That’s a lot of names for a load of flag-waving fraud. The operator of the fake charity, Travis Deloy Peterson, allegedly sent millions of robocalls to donors and collected money and property – automobiles, watercraft, real estate, and timeshares – illegally, claiming the donations were going to veterans’ charities (they weren’t) and that they were tax-deductible (nope).

The FTC stresses that lots of charities are doing good work supporting veterans. Then there are those who pretend to be charities, squeeze victims’ hearts, and line their pockets with whatever they can get. Here’s a video the FTC put together, about how to avoid getting scammed by a “donate your car! … it’s for a VETERAN!” bottomfeeder:

So how, exactly, did the FTC shut down this operator? By getting him to promise not to do it anymore. From its release:

The FTC stopped him in his tracks, and now he can’t send or help others send robocalls anymore.

Why not fine their robo-ears off?

Devin Coldewey over at TechCrunch was struck by the surprisingly paltry fines – or none at all, in three out of the four cases – handed out to this handful of robocallers. Besides Veterans of America, the FTC shut down these three other operations:

Point Break Media. These guys allegedly specialized in screwing small businesses by pretending to be associated with Google and threatening to delist their victim companies from Google search results unless they paid up.

In exchange for fees that started between $300 and $700 (for purportedly “claiming and verifying” their Google listing, lest they get marked as “permanently closed” by Google) and went up to one-time fees of $949.99 and recurring monthly payments of $169.99 or $99.99, those small businesses most certainly did not get Top! Ranking! in Google search, according to FTC allegations.

According to the FTC, the Point Break defendants had no relationship whatsoever with Google. Three defendants in the case against the operator agreed to a robocall ban, and a ban on helping others send robocalls.

There was no fine assessed.

Higher Goals Marketing. In this one, seven defendants agreed to swear off telemarketing for good. Some of them were recidivists: they operated a credit card debt-relief scheme, which they started just weeks after the FTC closed a similar operation in the Life Management Services case. Several of the defendants had previously worked there, the FTC said.

In the Life Management Services case, there had actually been a serious fine: the FTC’s order imposed a non-suspended judgment of $23,099,878 against Kevin W. Guice, for restitution to the consumers he bilked. He also was forced to give up his 55-foot yacht and his luxury watch collection.

Finally, the one case announced on Tuesday that entailed a fine:

NetDotSolutions. The FTC considers this a double win. Not only did three of the defendants provide autodialers used to place billions of illegal robocalls, but they also allegedly supplied the autodialing technology used by robocallers in at least eight prior FTC cases.

They allegedly pitched everything from auto warranties to home security systems and supposed debt-relief services, the FTC alleged, placing billions of calls to pester people, regardless of whether their phone numbers were on the National Do Not Call (DNC) Registry.

They got through by illegally spoofing caller IDs to make it look like the calls were coming from neighbors, as in, people calling from the same area code as that of the victims.

The three defendants have been banned from supplying autodialers to telemarketers. They’ll also be paying a fine of $1.35 million.

You can’t get what isn’t there

Here’s the thing, TechCrunch says: even though the fines (when there were any) look big, as in, millions of dollars, they don’t amount to bupkus. Here’s Coldewey:

Although the cases resulted in judgments totaling some 24 million dollars, the actual amount the scammers will end up paying will end up closer to $3-4 million. One scammer whose judgments totaled more than $5 million will be suspended when he pays just $18,332 – and whatever comes from the sale of his shiny new Mercedes.

Why the meager fines imposed on incorrigible robocallers? …as in, the scofflaws who blithely aggravate and scam people, unhampered by the telephone service providers – those who Federal Communications Chairman (FCC) Ajit Pai has fumed at for their lousy efforts on blocking robocalls?

Coldewey called the FTC about it. A spokesperson told him that the judgment amounts in these cases are a ceiling defined by how much consumer harm was done. You can put as many zeros on those amounts as you want, but if the defendants don’t have it, you aren’t going to get it.

But why don’t the kingpins have money, given the lucrative scams they allegedly pull off? It has to do with an interesting twist in the money game.

Have you ever noticed that many of these robocalling kingpins are located in Florida? As the FTC tells it, the state’s Homestead rule protects their houses from being seized in these proceedings.

Court cases can drag on for years, leaving the robocallers free to keep plaguing people and innovating the technology to do so. Hence, the FTC takes the quicker path to keeping them away from harming consumers even more: namely, these agreements to drop out of the business.

Perhaps Floridians might have alternative solutions to the burgeoning robocall hell we currently live in. Perhaps, say, trained alligators?