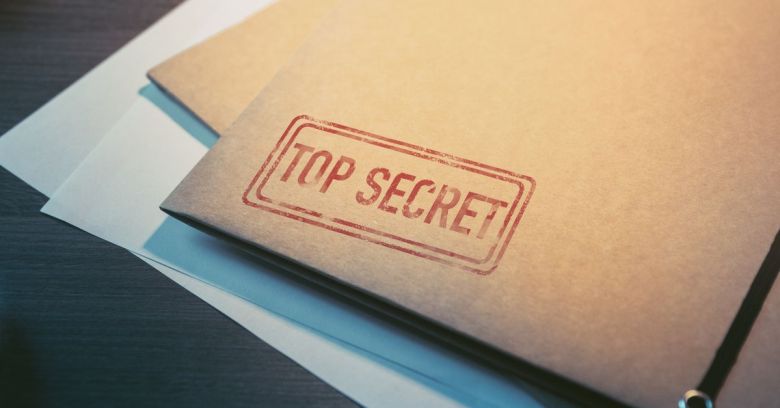 Here’s a quickie guide to storing top-secret classified national defense documents in your car and/or in your house: Just don’t.

The 54-year-old, who was formerly in the US Navy, worked as a contractor for at least seven different private companies, including government agencies, between 1993 and 2016.

In 2017, a federal grand jury in Baltimore indicted Martin for allegedly stealing what it estimated was a “breathtaking” 50 terabytes of classified intelligence data.

According to the indictment, Martin – whom federal defender James Wyda described as a “compulsive hoarder” – stole thousands of documents of intelligence from government agencies including the NSA and the CIA, some of which were rated top-secret.

Martin’s most recent job was working for Booz Allen Hamilton Holding Corp., the same consultancy that Edward Snowden worked for when he leaked top secret files to the press in 2013.

The investigators who sifted through the stolen data and documents discovered on a computer in Martin’s home said that they found 75% of those stolen cyberweapons.

Some of those stolen tools turned up in WannaCry, a nasty ransomware that, as of May 2017, had hijacked 200,000 computers in 150 countries.

But the indictment didn’t charge Martin with sharing any of the information he stole, including any of those tools that investigators found on his computer. Nor did it mention The Shadow Brokers, which tried (unsuccessfully) to auction off the weapons and then slashed the going rate, offering 99.9% off the original asking price.

In spite of investigators allegedly having found most of those cyberweapons on Martin’s computer, the government apparently couldn’t find any evidence that he planned to share or sell them.

Martin had been charged with 20 counts of willful retention of national defense information. Each count carried a maximum sentence of 10 years in prison, though maximum penalties are rarely handed out.

Martin copped a plea. On Thursday, he pleaded guilty to only one count of willful retention, admitting that for more than 20 years, he stole and hung onto a vast quantity of highly classified information, stashing it in his home and in his car.

According to the indictment, he knew he was not authorized to remove the documents from their secure locations:

If the government accepts the plea agreement, Martin will be sentenced to nine years in jail. Sentencing is scheduled for 17 July.