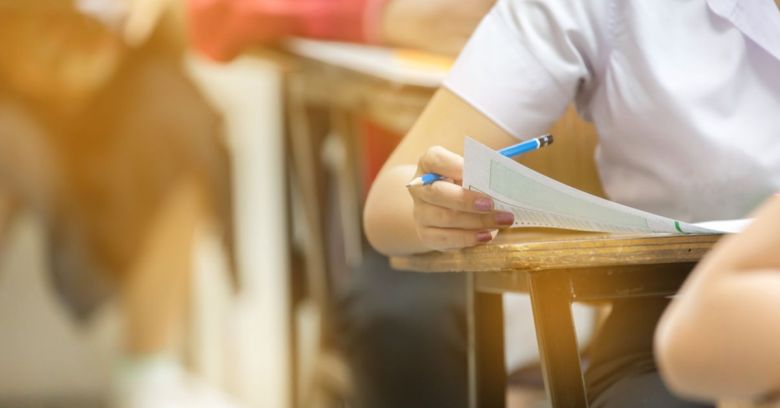 Two 14-year-old boys have been charged with jamming their school’s Wi-Fi network to get out of taking exams, authorities said on Monday.

According to NorthJersey.com, Capt. Dennis Miller said that school officials at Secaucus High reached out to the Secaucus Police Department to notify them that the two students were part of a “scheme where they would disrupt the school’s WiFi service upon demand.”

Their names haven’t been released, given that they’re minors. The boys were released to their parents and are expected to appear in juvenile family court in Jersey City at an unknown date.

Schools Superintendent Jennifer Montesano said on Monday that the Wi-Fi is back up and is running just fine. She didn’t give details, but she did say that an investigation found two students “who may have been involved in the disruption of our system.”

Some students told NJ.com that they believe the boys were using a Wi-Fi interrupter program or app to crush the school’s routers with traffic in a denial of service (DoS) attack – an attack that caused the network to fail when students tried to log on to do classwork or take online exams.

The news outlet talked to a junior at Secaucus High who said that she learned about the Wi-Fi being down when a friend told her that she’d asked one of the suspects to jam the signal during an exam.

It was done for both the exam-adverse and for fun, she said:

He was doing it to get out of tests and stuff like that. [One of the boys] was doing it also for [his friend], so she wouldn’t have to take a test during the class. It was a big prank, really.

Some students were disgruntled – why should the whole class be disrupted because a few kids didn’t feel like squeezing out some brain juice that day? Others were impressed by the boys’ alleged technical acumen and sported more of a “Meh! Nobody got hurt” reaction, like this 10th grader:

I was surprised on how a kid our age, or close to our age, was able to do something like this.

They are messing with people’s education, but they aren’t harming anyone.

Well, regarding the first point, those students shouldn’t be too impressed by their classmates’ alleged technology smarts. In spite of jammers being illegal to market, sell, or use in the US – except for authorized, official use by the federal government – they’re readily available online for a few hundred dollars.

With regards to nobody getting hurt when Wi-Fi crashes, the Federal Communications Commission (FCC) begs to differ. When you use a jammer, you’re jamming critical communications, the FCC points out in its jammers FAQ:

Jammers are more than just a nuisance; they pose an unacceptable risk to public safety by potentially preventing the transmission of emergency communications. Cell phone jammers do not distinguish between social or other cell phone conversations and an emergency call to a family member or a 9-1-1 emergency responder. Similarly, GPS and Wi-Fi jammers maliciously disrupt both routine and critical communications services.

A few years ago, we saw a man get charged with a felony over jamming his fellow commuters’ phone signals, annoyed as he was with their conversations.

The FCC takes this seriously. It once fined another “cellphone cop” $48,000 for using a jammer on his daily commute around Tampa, Florida, in an attempt to stop fellow motorists from using their mobile phones while driving.

In 2015, the FCC went after a company for the same thing, fining a telecommunications business $750,000 for blocking consumers’ Wi-Fi hotspots at convention centers around the country, thereby preventing people from using their own data plans to escape paying big bucks to the company – Smart City Networks – to use its Wi-Fi service.

Maybe nobody did get hurt with the school Wi-Fi jamming, but no kid should grow up believing this is just a harmless prank. It’s not harmless, and the repercussions can be severe.