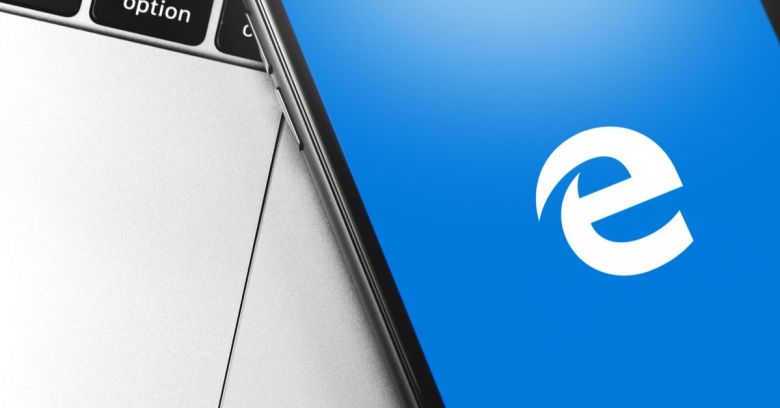 After three years of embarrassing rejection, might Microsoft’s newly-Chromed Edge browser be on the up?

Drip feeding enthusiasts something new is never a bad approach, especially now that Edge is no longer a feature buried inside Windows 10 and wants to be a story on its own.

Ironically, the big anticipation of this new Edge is that it’s now based on open-source Chromium, the same code used by Google inside its Chrome browser which has pounded Microsoft for nearly 11 years.

The download even says Chromium version 74.1.96.24, not far behind the timeline published for Google’s Chrome 74 even if the new Edge is still months off a final release. As Windows corporate vice president Joe Belfiore warned:

In these first builds we are very much focused on the fundamentals and have not yet included a wide range of feature and language support that will come later.

As Naked Security noted in December when the announcement was made, it’s a huge change marker for Microsoft, which for years invested heavily in its in-house EdgeHTML and Chakra-powered Edge codebase as the natural successor to Internet Explorer (IE).

A lot of people thought Edge was a decent browser whose take-up remained stubbornly around 4% because users had long since settled on Chrome, Firefox or Safari to do the job.

Others complained that it was riddled with almost as many security problems as its ill-fated predecessor and was too wedded to its own non-standard technologies that developers disliked.

What is unmistakable is that three of the top five popular browsers are now based on Chromium, the other being Opera. That leaves Safari, tied to Apple, and Firefox as the only independents.

Critics might point out that this looks a lot like the IE monoculture that spurred the development of Firefox in 2002, and Google Chrome in 2008, as Redmond dawdled. (Between those two dates, excluding service packs, Microsoft released only one version, IE 7.)

Assuming Microsoft backports it to replace the forlorn IE, and converts current Windows 10 Edge users, this will mean that Chromium-based browsers will have up to 85% browser user share.

Microsoft will contribute to Chromium but there’s no getting away from the power Google now has.

Alternatively, the Chromium Edge browser’s selling point will be that it is a way to have something that looks and behaves a lot like Chrome without being as intimately connected to Google’s surveillance.

One could argue that Microsoft has an interest in the same surveillance but that would remain true had it stuck to its current Edge browser.

As for how many users will take to the new Edge, it’s hard to imagine it won’t do better than the current Microsoft version (converting IE holdouts could ensure that).