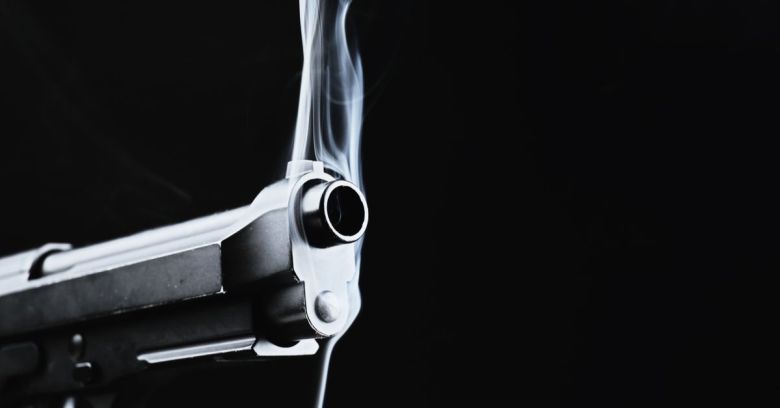 You might recall the epic, violent domain transfer #FAIL that involved pistol-whipping, tasering, and demanding, at gunpoint, the transfer of “doitforstate.com” – a site devoted to content concerned with the beer-guzzling and butt-ogling of college students.

The domain-demanding burglar, Sherman Hopkins, Jr., of Cedar Rapids, Iowa – who got shot multiple times in the chest when the rightful owner of doitforstate.com managed to wrestle Hopkins’ gun away from him – was sentenced to maximum prison time of 20 years last year.

But it turns out that the entrepreneurial yearning to possess the doitforstate.com site did not originate with Hopkins. In fact, Hopkins was hired by his cousin, who last week was convicted for planning the armed home invasion and hiring Hopkins to do it.

Rossi Lorathio Adams II, 26, also from Cedar Rapids, Iowa, was convicted of conspiracy to interfere with commerce by force, threats, and violence. The time it took the jury to convict: one hour.

As prosecutors described during the trial, Adams founded a social company called “State Snaps” while he was a student at Iowa State University in 2015. Similar to Do It For State, State Snaps – and its Snapchat, Instagram and Twitter feeds – showed great gusto for boob-, butt- beer-, setting-things-on-fire-, drug- and arrows-shot-into-the-groin-related content, as well as for at least one depiction of beer drinking a la butt.

The State Snaps domain is DoIt4State. Both Adams’s followers and those of DoItForState.com – a domain that hasn’t returned a site since 2015 – used the slogan “Do It For State!” For two years, between 2015 and 2017, Adams tried to purchase the rival internet domain from the guy who owned it: Cedar Rapids resident Ethan Deyo. He’s the one who wound up getting pistol-whipped in the attempted domain robbery.

Domain seizure by hook or by crook

So in June 2017, Adams tried the hands-on approach: he hired cousin Hopkins to break into Deyo’s home and force him, at gunpoint, to transfer doitforstate.com to Adams. At the time, Hopkins was a convicted felon who lived in a homeless shelter.

Deyo was upstairs at his home in Cedar Rapids when he heard Hopkins break in. He looked over the railing and saw that Hopkins had a gun. Hopkins shouted at Deyo, who ran into a bedroom upstairs and shut the door, leaning against it to keep Hopkins out. Hopkins went upstairs and kicked it open.

Hopkins then grabbed Deyo and forced him into the home office, to turn on his computer and to connect to the internet. Then, Hopkins pulled out a set of instructions, given to him by Adams, on how to switch GoDaddy accounts for a domain name. Hopkins held a gun to Deyo’s head and told him to follow the directions in order to transfer his account to Adams, taking his mobile phone and throwing it away so his victim couldn’t call for help.

The upshot: this was no beer-addled stunt to go after a valuable domain. It was an earnest attempt by a crook to get a valuable domain name, by violence if necessary, and it could have resulted in death for either the victim and/or the hitman Adams hired.

Adams, like his cousin before him, is now facing a maximum penalty of 20 years in jail.

A sentencing date hasn’t been set yet. Adams is also looking at the potential for a $250,000 fine, plus three years of supervised release following any jail time.