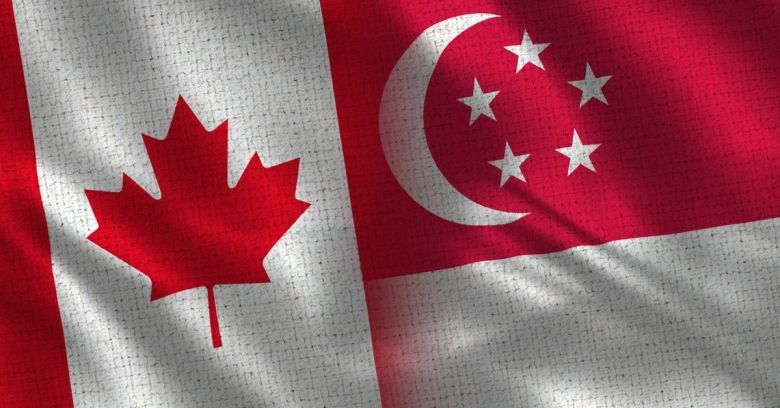 Singapore’s central bank sent a payment to Canada using blockchain technology last week, in a clear signal that the technology has value – as long as you’re realistic about it.

The Monetary Authority of Singapore (MAS) sent $105 Singapore dollars to the Bank of Canada (BoC) in a proof-of-concept project that inches them closer to solving one of banking’s biggest headaches: cross-border payments and settlements.

In a November 2018 report on cross-border interbank payments and settlements, the two organizations and the Bank of England detailed the challenges of settling transactions between banks in different countries. Banks must navigate an array of hurdles including anti-money-laundering and know-your-customer regulations.

If a bank has no presence in the recipient country, it must also rely on another intermediary bank to process the payment on its behalf, in what’s known as the correspondent banking model. All the parties will have their own legacy systems that make it difficult to process the transaction uniformly. It is an expensive process that can take several days, and parties never quite know when the money will arrive.

The biggest problem is counterparty risk – when a bank sends money via an intermediary to buy something, it can‘t be certain that the intermediary will deliver the funds, or that the other bank in the transaction will hold up its end of the bargain.

BoC and MAS wanted to use the blockchain to settle payments while reducing counterparty risk. Each organization already had its own distributed ledger for processing the clearing and settlement of payments and securities domestically. In 2016, BoC created Project Jasper, while MAS created Project Ubin. This latest project brought the two distributed ledger technologies together so they could collaborate on transactions.

Instead, the whole multi-step exchange relies on ‘atomicity’, which is a condition where a group of transactions in a chain must all succeed. If one transaction fails, then they all fail, rolling back the exchange of assets to the beginning.

BoC and MAS achieved atomicity using Hashed Time Locked Contracts (HTLCs). If Alice wanted to buy something from Bob for $1,000, it would work like this:

If these steps don’t happen in time, all transactions fail.

A SGD$105 payment between two parties is a good start, but as the two central banks note in their report on the project, it still needs work if it is to scale. It would need something like gateway nodes that act as service nodes for their network participants, or a central connector between networks.

It’s all very exciting, but the Ripple cryptocurrency-based cross-border payment network has been doing more or less the same thing for years now. However, operating their own payment network rather than using a third-party payment service would presumably give central banks autonomy.

The whole thing also shows that the blockchain isn’t a white elephant. The technology slipped into what‘s known as the trough of disillusionment on Gartner’s hype cycle last August. This trough is part of a natural transition as people realize that a single technology won’t solve all of humanity’s problems.

From here, blockchain faces a slow, steady climb back into favour as people realize that it has some value for certain use cases, as long as you view it sensibly.