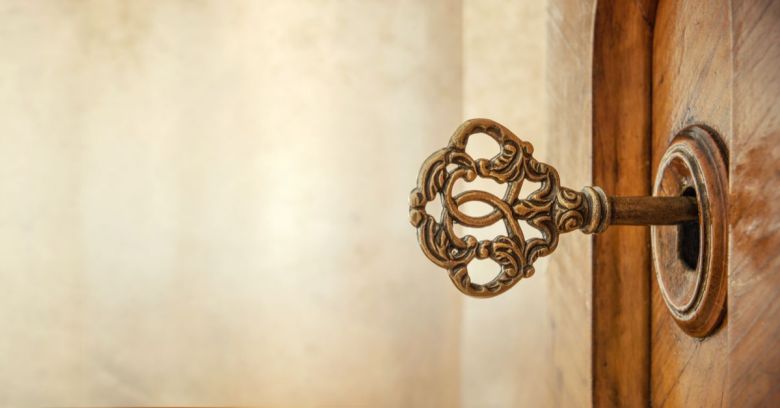 A group of tenants in New York City who alleged that they’d been virtually locked out of their Hell’s Kitchen apartment complex by mobile phone controlled, perplexing, privacy-invading, tough or impossible-for-the-visually-impaired-to-use smart locks have reached a settlement that gives them their physical keys back.

In October 2018, the tenants sued their landlord for installing Latch smart locks. As CNET reports, Tuesday’s preliminary settlement says that the landlord is required to provide old-school keys.

As the New York Times tells it, two of the tenants who brought the suit are a couple of elderly artists who’ve been living in what was once a “sprawl of rotting wood” for over four decades.

Mary Beth McKenzie, 72, told the Times that her 93-year-old husband, Tony Mysak, became a virtual shut-in after the landlords installed the Latch smart locks last year. He doesn’t use a cell phone and is blind in one eye, she said. He also has a tough time with the three flights of stairs he needs to climb – stairs that, unlike the elevator, you can get to without having to go through the smart-lock-accessible lobby.

Comings and goings are none of your beeswax

But it’s not just the technology-challenged that rebelled against the smart locks: central to the tenants’ demands was a wider debate over privacy.

According to the plaintiffs, Latch’s privacy policy said that the app could collect location data and use it for marketing purposes.

But Luke Schoenfelder, a co-founder of the New York-based company, has said that the app doesn’t capture, store or use the location data of its users. Nor does it share personal data with third parties for marketing purposes.

Schoenfelder says that Latch is revising the policy to remove any ambiguity. At this point, the company says this about location data:

We do not track your location over time or when you are not using Latch, and we do not share your location with third parties.
‍
We also never capture, store, or use GPS location data of our users. To better understand how your personal device manufacturer uses your location information, we recommend familiarizing yourself with their privacy policies and terms of service.

As far as marketing goes, the privacy policy now states that Latch “may use anonymized and aggregated information to better understand industry trends and better market our products and services.”

Latch also pointed out that all of its products work with mechanical keys.

Given that this was a preliminary settlement, as opposed to a court-ordered action, this give-them-keys decision won’t set a legal precedent over how landlords can use smart home technology, but it’s nevertheless kicked off a war of words.

According to CNET, the attorney representing the five tenants who brought the suit called it a “huge victory” for both his clients and tenants throughout New York City:

These types of systems, which landlords have used to surveil, track and intimidate tenants, have been used frequently in New York City. These tenants refused to accept the system, and the negative impact it had on their lives. Hopefully they will be an inspiration for other tenants to fight back.

But the landlords’ attorney said that characterizing this as a win for tenants is “misleading.” She told CNET that the smart lock was only installed on a single door, that tenants could choose to enter a numeric code to get in without using the app, and that they’d been offered codes to use without a phone:

The only reason this settled is because my client didn’t want to waste more time and energy on this. This was by no means a reflection of the court’s opinion on how it would rule on this issue. It is my opinion that we would have succeeded on our motion. However, when parties come to an agreement to resolve litigation, it’s a win for both sides.

Regardless of how the two sides spin it, and regardless of the fact that the settlement doesn’t set a legal precedent, this issue has caught the attention of New York politician. Linda Rosenthal.

Rosenthal, a member of the New York State Assembly who represents the area where the Hell’s Kitchen building is located, introduced a bill that would limit how smart home companies such as Latch use personal data.

The bill would also require that landlords provide traditional means of entry so tenants have the option of not using smart locks.