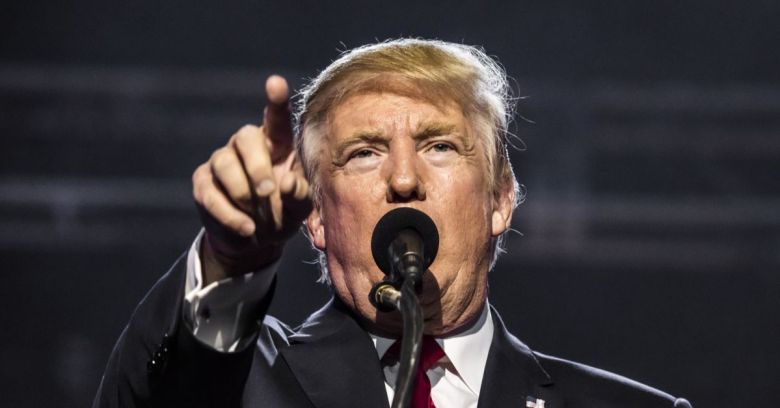 President Donald Trump has long railed against social media sites for what he says is their politically biased censoring of conservative voices, and now he’s looking for proof.

The White House on Wednesday released a tool that invites people who’ve been censored on social media and who suspect political bias as the cause to “share your story with President Trump.”

SOCIAL MEDIA PLATFORMS should advance FREEDOM OF SPEECH. Yet too many Americans have seen their accounts suspended, banned, or fraudulently reported for unclear ‘violations’ of user policies.

No matter your views, if you suspect political bias caused such an action to be taken against you, share your story with President Trump.

Anyone thinking of using the tool should take a good, long look at the user agreement, which grants the US government – including, but not limited to, the president’s executive office – an irrevocable license to any content you submit on the site.

You grant the U.S. Government (including, but not limited to the Executive Office of the President) a license to any “Content” (including but not limited to the photographs, information, text, or otherwise) you post or submit on this site… The license you grant is irrevocable and valid in perpetuity, throughout the world, and in all forms of media… You should not post any information that you do not wish to become public…

That means that whatever content curled somebody’s toes enough that a social media platform removed it will potentially see the bright light of day, as it uses your stuff in any way it likes:

This permission grants the U.S. Government a license to use, edit, display, publish, broadcast, transmit, post, or otherwise distribute all or part of the Content (including edited, composite, or derivative works made therefrom).

The user agreement makes clear that “you understand this form is for information gathering only.”

The reporting form, hosted on Typeform, asks users to submit screenshots of and links to the banned content. It also provides a text field where users can describe the enforcement actions taken against them. Users can choose between Facebook, Twitter, Instagram, YouTube or “other” as the platform from which their content was taken down.

What it actually means is, “Enter your phone number in case we need to get in touch (or leave blank if you don’t want to provide it),” which would be a much clearer way of putting it on the form.

There’s a lot of context behind Wednesday’s rollout of this tool. For years, conservatives have been alleging that the big platforms – Facebook, Google, and Twitter – have been censoring them. When they ran the House, Republican lawmakers held multiple hearings on the matter.

Trump has in the past threatened regulation: last year, he suggested that the administration could take aim at the way Google displays its search results; in March, he again criticized the companies, accusing them of “collusion” and a “hatred they have for a certain group of people that happen to be in power, that happen to have won the election.”

Regardless of where your politics lie, the bigger picture is probably that, as soon as social media companies make themselves the arbiters of what’s acceptable and what’s not, they open themselves to accusations of bias. Even if they banned people at random you’d be able to find a way to cut the data so that it looked biased against somebody.

The White House is now looking at capturing a whole lot of data. It remains to be seen how it will use the results.

Readers, if you plan to chime in with your own tale(s) of being silenced, feel free to share with us the details – including your thoughts on the form and how the government might use the data you submit with it…