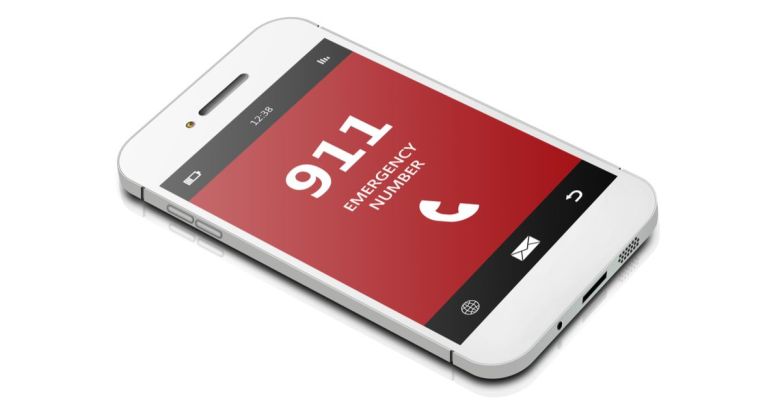 Somebody’s not breathing. You panic, you grab your phone, and you call for an ambulance.

Unfortunately, if you’re using an Android phone, you might not be. You could instead be calling for, say, medical transportation that isn’t authorized to respond to emergencies.

As the Idaho Statesmen reported recently, Android users who use voice commands may tell their smartphones to “call an ambulance” but that phrase doesn’t trigger all Androids to dial the US emergency number of 911. The newspaper didn’t specify which Android models fail to dial 911.

Tell Siri, however, to call an ambulance, and the voice assistant will dial 911. That’s a relief. But when some Android phones are given that voice command, they instead pull up a list of ambulance companies. Alternatively, they may respond with a Google search that returns, say, a blog post on when it’s appropriate to call an ambulance, the Statesman reports.

Dispatchers for Injury Care EMS – a Boise, Idaho-based company that transports patients in its ambulances, including, for example, from hospitals to nursing homes – told the news outlet that they’ve been getting a steady trickle of calls that were meant to go to 911.

The reason for that may well be that Injury Care EMS is the first company that appears in a Google list of ambulance companies in the Boise area. Injury Care EMS owner Dr. Richard Radnovich and his dispatchers told the Statesman that they’re getting the misplaced calls several times a week.

Rich Wright, an EMT student and the community liaison for Injury Care, told the Statesman that one such recent call was from a mother whose son drank too much. She was trying to get paramedics to help him out, he said:

It was a mom who was panicked, and she was trying to do the best she could to get an ambulance to her son, and we just happened to be the company that her phone had dialed.

Dispatchers are telling such callers that they need to hang up and dial 911, but even the few seconds it takes to tell them that, and for the callers to hang up and call the right number, eats up precious time during an emergency. It takes up even more time if the caller is confused and the dispatcher needs to explain it more thoroughly.

We’ve seen multiple instances of Siri being used to call emergency services and then being credited for saving people’s lives, all because precious time was saved when getting medical attention to people in need.

There was one such case in 2017, when a 4-year-old saved his mother’s life by telling Siri to please dial 999 – the British emergency services number – to “save Mummy’s life.”

A year before that, an Australian mother, rushing to the nursery when a baby monitor showed her 1-year-old had stopped breathing, dropped her phone while she was turning on the light. She still managed to tell Siri to call for help while she performed CPR. Both she and her husband credited the few precious seconds that Siri gave them for potentially making all the difference.

The outcome of that particular story is one of the upsides of the fact that then-recent iPhones picked up the ability to always be listening for commands. That feature came about in iOS 9, when Apple enabled activation of the built-in personal assistant at the sound of your voice, rather than waiting for you to hold down the Home button.

A question of public safety

Those are some of the ways in which Siri has been credited with saving lives. Google’s voice assistant? Not so much. At least, it hasn’t featured in headlines about saving mummies or babies, though that certainly doesn’t mean it hasn’t happened.

At any rate, Radnovich reached out to the Statesman because he sees the issue as a question of public safety. He also reached out to Google, but neither he nor the newspaper got much satisfaction out of the company.

From an email sent by a Google spokeswoman to the Statesman:

OK… so, can’t Google just, like, rewrite the code so that the “call an ambulance” voice command triggers a call to 911, as Wright suggests?

Sorry, Google, but your failure to do so does not compute.

Android users, we can’t tell you which models call 911 when you ask for an ambulance or which don’t. So in lieu of Google changing things around so that the voice command triggers a 911 call, please do try to remember that in the US, it’s safest to dial 911, or tell Google voice assistant to dial 911, not an ambulance.

Heaven knows what you’ll get if you don’t.