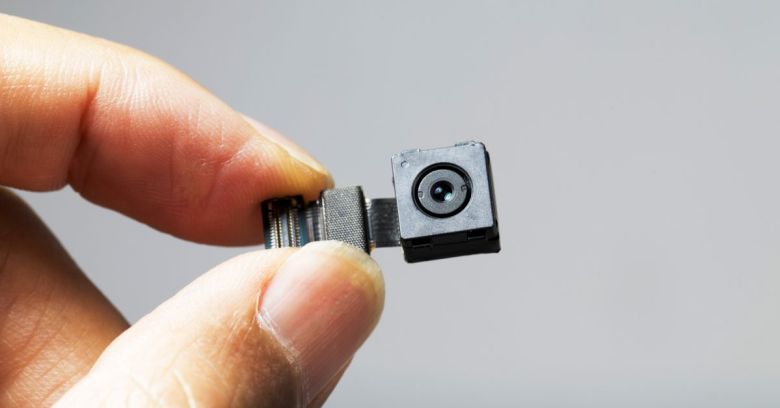 You have to hand it to makers of disguised webcams: they sure are creative!

…and, of course, open to profiting off of whatever lascivious (or vigilant? or surveillance-happy? or all of the above?) purposes motivated customers to buy their cameras-disguised-as-fill-in-the-blank, be it smoke alarms, water bottles, USB power plugs, lightbulbs, alarm clocks, wall clocks, clothes hooks, Teddy bears, air fresheners, picture frames, wall outlets, smiley buttons, and ..

…this just in: decorative bird statues glued to the bed’s footboard.

Those birds were just part of an extensive menagerie of gadgets (connected to USB cables for apparently no good reason) that a Dutch backpacker claims to have discovered in his bedroom when he checked in to a farm job in a remote Queensland spot in the scenic Glasshouse Mountains.

As NT News tells it, Maron de Rooij, 26, had signed up for a dreamy job that he saw posted on Facebook. It was with a company called Animal Ark Transport, which transports small animals, such as sheep, chickens, guinea pigs or similar.

The job promised free accommodations, a weekly paycheck, free meals, travel across four states and “a lot of fun” for a “male backpacker.” All this, driving in a climate-controlled vehicle that’s comfortable for both driver and pets/livestock.

According to NT News, de Rooij said the job looked “really promising” and almost “too good to be true”.

He claims that company manager Conrad Cosgrove showed him into his room – a “cozy” room with a queen-sized bed and en suite bathroom. The first thing Cosgrove pointed out was an infrared light in the ceiling that he said was a bug repellent. de Rooij alleges that it was actually a hidden camera.

He also alleges that there were cameras hidden in walls, behind corrugated metal shelves, and in the shower, along with one microphone.

As depicted in a walk-through de Rooij videotaped, there were USB cords all over the place.

Where are you going to go?

We typically tell people who find hidden webcams in Airbnbs or hotel/motel rooms or anywhere else to get dressed, capture images (as de Rooij did), to call the police (which says he lacked the connectivity to do), and then to hightail it… which he couldn’t do, since he was in the middle of nowhere.

I couldn’t do anything. I was in a remote area and there was no reception.

So instead, he hid under the covers, managed to call his cousin in Australia, and waited until morning. That’s when the police, alerted by his cousin, arrived.

I didn’t know if there was a microphone and if he would be able to hear me talking.

After police searched the property and a computer, Cosgrove was charged with recordings in breach of privacy and possession of tainted property. He’s due to appear before Maroochydore Magistrates Court on 20 June.

Animal Ark Transport has vehemently denied wrongdoing, saying the charges are slanderous. On Tuesday, the business announced on Facebook that it was changing hands, with Cosgrove suggesting that it’s the best way to protect it:

I … trust that by disassociating myself from with the Business that it will be free of Harrasment and Slander.