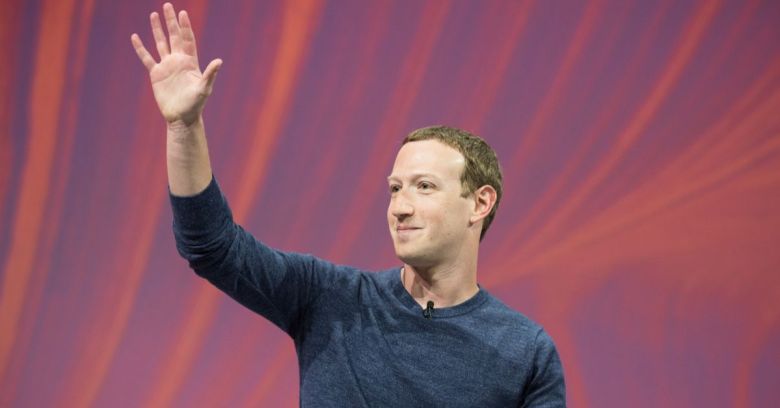 We’ve flagged it as fake, Facebook said, we’ve de-prioritized it so doesn’t show up (all that much) in users’ feeds, and we slapped third-party fact-checker information next to it.

We think it’s important for people to make their own, informed choice about what to believe. Our job is to make sure we are getting them accurate information. And that’s why we work with more than 50 fact-checking organizations around the world.

Well, Facebook’s bluff has been called. Facebook, meet your CEO’s evil deepfake twin, the Zucker-borg who implies that he’s in total control of billions of people’s stolen data and ready to control the future. To rub a bit of salt into the wound, it was distributed on Facebook’s own Instagram platform, and it was gussied up with official CBS trademarking so it looked like a bona fide interview.

Some of the things that the fake Zuck appears to say that the real Zuck has never said, at least not in a publicly broadcast news story that we’ve ever seen:

Imagine this for a second: One man, with total control of billions of people’s stolen data, all their secrets, their lives, their futures. I owe it all to Spectre. Spectre showed me that whoever controls the data, controls the future.

Another nod to authenticity was that the Instagram video was rigged with broadcast chyrons that made it seem like standard Facebook messaging handed out in a news segment: “We’re increasing transparency on ads,” it reads, and “announces new measures to ‘protect elections.'”

Here’s a bit of history of how Facebook has approached fake news since it got into trouble over being used as a fakery cannon in the 2016 US presidential campaign:

In March 2017, Facebook started slapping “disputed” flags on what its panel of fact-checkers deemed fishy news.

The flags just made things worse. The flags did nothing to stop the spread of fake news, instead only causing traffic to some disputed stories to skyrocket as a backlash to what some groups saw as an attempt to bury “the truth”.

Then, in April 2018, Facebook threw in the towel on all that and decided on a new strategy, which is the one that Bickert explained to Cooper with regards to that Pelosi DeepFake (a video in which Pelosi’s voice was slowed down to 75% and its pitch tweaked to mask the slow-down). The new strategy: Decide for yourself.

Who is this ominous-sounding Spectre who’s controlling the Zucker-borg?

You might think that the “Spectre” the DeepFake Zuck is referring to is the global criminal organization that’s stuck sticks into James Bonds’ spokes, but it is not. As Motherboard’s Vice explains, the Instagram DeepFake was created by two artists – Bill Posters and Daniel Howe – and the advertising company Canny.

Spectre is an art installation the two artists premiered last month, as part of the Sheffield Doc Fest in the UK, that promises to…

…reveal the secrets of the Digital Influence Industry, but only if you are willing, as the artists say, to ‘pray at the altar of Dataism with the Gods of Silicon Valley’.

An Instagram spokesperson told Motherboard that the Zuck DeepFake will be handled like any other fakery: if it gets reported as false, and if third-party fact-checkers agree that it’s false, it will get filtered from what Instagram calls its recommendation surfaces: its Explore and hashtag pages.

Vice reports that on Tuesday evening, CBS asked Facebook to take down the video, as it displays “an unauthorized use of the CBSN trademark.”