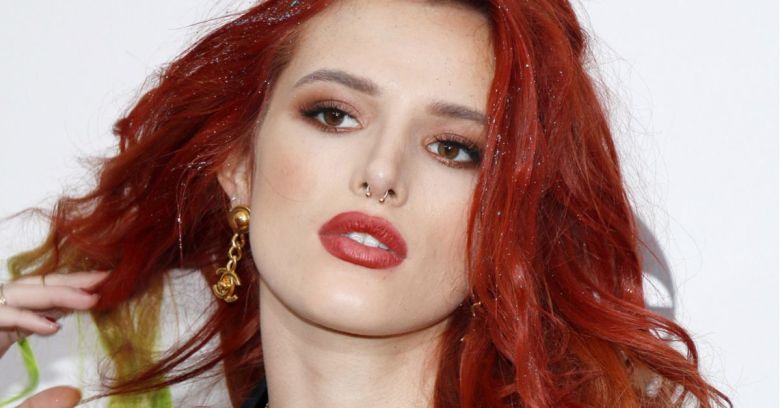 The forces of extortionist scumbaggery have had the rug pulled out from them yet again: last week, it was Radiohead, releasing 18 hours of music rather than pay up to whoever hacked it away.

This week, it’s American actress Bella Thorne. Her approach: Oh, so you’re threatening to publish nude pics you hacked out of my accounts? Too late – I did it myself.

Thorne posted the images to Twitter on Saturday. She said in the tweet, which included screenshots of text messages with the alleged hacker, that “all of her s**t” got hacked on Friday. Then, she had to put up with 24 hours of threats “with my own nudes.”

I feel gross. I feel watched, I feel someone has taken something from me that I only wanted one special person to see.

Oh, and by the way, the FBI will be at your door shortly, she also said.

By Sunday, Thorne was still angry and hurt, but feeling a bit more compassionate toward whatever nimrod tried to blackmail her. In an interview with Hollywood Reporter, she said that she thinks whoever hacked her is a kid – somebody who made a bad choice and shouldn’t have his life ruined because of it:

This kid sounds like he’s 17, as much as I’m so angry and wanted to [f**k] him up over doing this to people I just wanted to teach him a lesson,. He’s still a kid and we make mistakes, this mistake is a bad one. But I don’t want some 17-year-old’s whole life ruined because he wasn’t thinking straight and [was] being a dumbass.

“If she hadn’t taken them in the first place…”

Yadda, yadda, yadda. We hear it all the time: If she hadn’t taken explicit photos of herself in the first place, there wouldn’t have been anything to hack away and hold over her head in an extortion attempt. That’s always been blame-the-victim thinking, like saying that people who own sexy sexy Bitcoin are just asking to be e-groped, or that people who have the audacity to swipe their cards in ATMs are calling out a come-hither to card skimmers.

Be that as it may, what’s more important than playing the blame game is good security hygiene. While we applaud Ms. Thorne’s refusal to play into this hacker’s hands, we hope that she’s managed to figure out how she fell into those hands to begin with.

Maybe her login credentials were phished away? If so, has she since learned how to tell the difference between phish and legit?

Another basic security step is to take advantage of multifactor authentication (MFA) – what’s also known as two-factor authentication (2FA) or two-step verification (2SV) – wherever it’s offered. It ensures that even if a hacker gets his hands on your login credentials, he also has to jump the hurdle of providing another form of authentication to get into your account – like, say, a one-time code.

Or has she been reusing passwords? If so, somebody please advise Bella to stop. Password reuse is truly an atrocious idea.

Picking a proper password is one thing, and we’ve got a short, sweet video below that shows you how to do it. Remembering all your unique, strong passwords is another thing entirely. For that, we’re big believers in password managers that can handle the remembering for you.

Come to think of it, those password managers can also handle the unique password generation piece of the puzzle. But for those of us who still aren’t convinced that they want to go that route, here’s a video that walks you through making up your own strong passwords – at least 12 characters long, that mix letters, numbers and special characters.