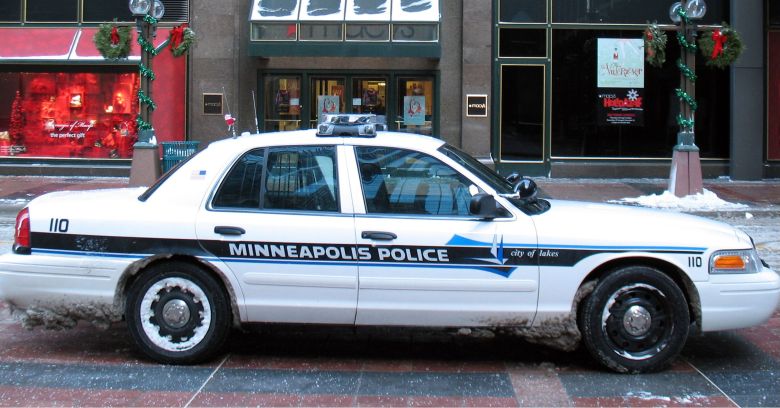 Human Rights Watch estimates that since 2009, there have been at least 14 federal lawsuits filed over cops’ misuse of their access to personal data – think state driver’s license databases – to snoop on fellow officers, public safety personnel, and justice professionals.

Others put the number far higher: in Minnesota alone, there have been dozens of these suits.

On Wednesday, a rare win in one of those cases happened when a jury awarded Minnesota police officer Amy Krekelberg $585,000, including $300,000 in punitive damages from two defendants who pawed through her personal data to ogle her photograph, address, age, height, and weight after she allegedly rejected their romantic advances, according to court documents.

According to Wired, two of Krekelberg’s lawyers, Sonia Miller-Van Oort and Jonathan Strauss, say that their client suffered…

…harassment from her colleagues for years as the case proceeded, and that in at least one instance, other cops refused to provide Krekelberg with backup support. She now works a desk job.

Not her first win

This isn’t Krekelberg’s first court win. In 2017, the city of St. Paul, Minnesota, awarded her $29,500 over charges of snooping. In fact, Krekelberg’s federal lawsuit initially named officers and employees from more than 40 law enforcement agencies and entities in Minnesota, saying they accessed her private information nearly 1,000 times from 2003 to 2013.

Krekelberg alleged that 58 fellow officers from the Minneapolis Police Department broke a federal privacy law by searching for her driver’s license data without any reason. She had never been under investigation for any crime. According to Human Rights Watch, Krekelberg’s attorneys “portrayed the searches for her data as a failure by officers to respect a female colleague and part of a broader climate of hostility and harassment toward female officers.”

As Human Rights Watch notes, the federal Civil Rights Act prohibits sex discrimination, however, the relevant law in Krekelberg’s case is Minnesota’s Driver Privacy Protection Act, which, according to Minnesota Lawyer, has resulted in a “staggering” number of privacy lawsuits filed against Minnesota cities, counties, agencies, named police officers and John Does for abusing the state’s driver’s license database to snoop on people, allegedly without legitimate reason.

In a statement issued on Friday, Sarah St. Vincent, a researcher at Human Rights Watch who observed the trial, said that this is why we need strong rules and procedures in place to keep police from abusing their data access:

The Minnesota case shows that without strong protections, police officers may abuse their data access – even by invading the privacy of their fellow officers, particularly women. As Congress and the states consider adopting stronger data protections, they should limit what police can do with personal information.

The snooping – coming mostly from over-curious cops who looked at photographs, addresses and driving records of dozens of Minnesotans, many of them local celebrities – first erupted into scandal in 2012, when another policewoman, former St. Paul police officer Anne Marie Rasmusson, received $1,057,000 in settlements, including $392,500 from the city of Minneapolis.

As we reported at the time, internal audits and investigations revealed that officers had taken to treating the state’s driver license database as a kind of Facebook, using it to look up colleague Rasmusson hundreds of times.

There have been dozens of similar lawsuits against Minnesota cities in recent years, according to Wired. There are good reasons for that: the state has a rare accountability measure – it keeps a log of department of motor vehicle (DMV) searches – and it grants citizens the right to request the data the government collects on them. So that’s what Krekelberg did: following in Rasmusson’s footsteps, she dug into the trail of evidence that enabled her to build a case.

Wired talked to Susan L. Segal, the Minneapolis city attorney, who said that while the verdict is disappointing, the city takes data privacy “very seriously.” She said that the police department’s policies have changed in recent years, in that Minneapolis employees are now required to enter a reason when they search DMV records.

Previously, officers learning how to use the database were encouraged to “go back to work and look up some of [their] friends and family members,” Segal said.

Segal told the Associated Press that the city is exploring its options for challenging the verdict.

This is the last of this series of Driver Privacy Protection Act cases involving the city. The allegations in these cases involve lookups that happened many years ago, and the city and the police department in particular have taken many measures since then to make sure that we are protecting data privacy.

While policies may have evolved to reflect a growing realization that data access can be, and has been, abused, it remains to be seen how officers who break the law will be held accountable.

In the Rasmusson case, Eden Prairie Sergeant Carter Staaf reportedly accounted for 13 direct look-ups over the years, admitting in an investigation that he looked her up to compare photos to see how Rasmusson looked in before-and-after driver’s license photos.

His penalty, a demotion and five-day suspension, was the harshest to result from the inquiry. Others had letters of warning placed in their files and were sent to retraining.

Are those strong enough penalties to help curb the prurient side of human nature?

You’d certainly hope so, if not for the sake of people’s privacy, then for the sake of everybody’s wallets. After all, as taxpayers point out when these verdicts are passed down, these fines aren’t coming out of the pockets of the police or other government employees who break the law.

Taxpayers not only pay those fines; we also pay the salaries of the city employees while they do all this ogling.