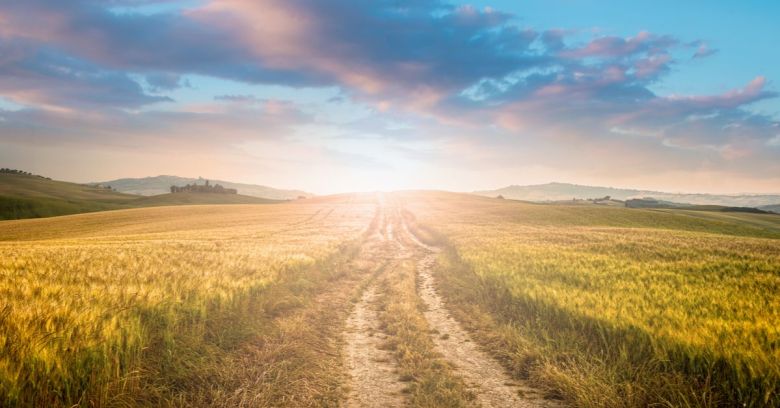 Uh-oh! Car crash on Peña Boulevard leading up to Denver International Airport. Traffic jam-up’s going to make you late! What to do?!

Listen to the lady from Google Maps who tells you to take a detour and shave 20 minutes off your travel time, that’s what.

Actually, calling it a “road” is a bit of a stretch. As CNN tells it, one of the drivers, Connie Monsees, said that the road was more like a two-lane path that a farmer must have made by driving through his fields.

There were a bunch of other cars going down [the dirt road] too, so I said, ‘I guess it’s OK.’

It was not OK.

The fact that it had rained over the weekend made it all a bit gluey. This did not bode well for the 100 or so cars that were following Google Maps’ instructions.

Monsees was fortunate enough to be driving a four-wheel drive. In fact, a few people who were trying to catch a flight asked her if she was going to the airport. They threw their bags into her car, and, according to UPI, they made their flights.

Others were not so fortunate. Their cars got stuck. In fact, the detour that was supposed to cut 20 minutes off the initial 43-minute arrival time wound up taking about 2 hours.

Google released this statement about the navigational glitch:

We take many factors into account when determining driving routes, including the size of the road and the directness of the route. While we always work to provide the best directions, issues can arise due to unforeseen circumstances such as weather. We encourage all drivers to follow local laws, stay attentive, and use their best judgment while driving.

Good judgment in such cases includes listening not just to the voice of a navigational aid speaking to you from your phone or any other GPS device. It means also listening to the voice of common sense in your own head.

It’s not always best to rely on technology. And it’s OK to wait.