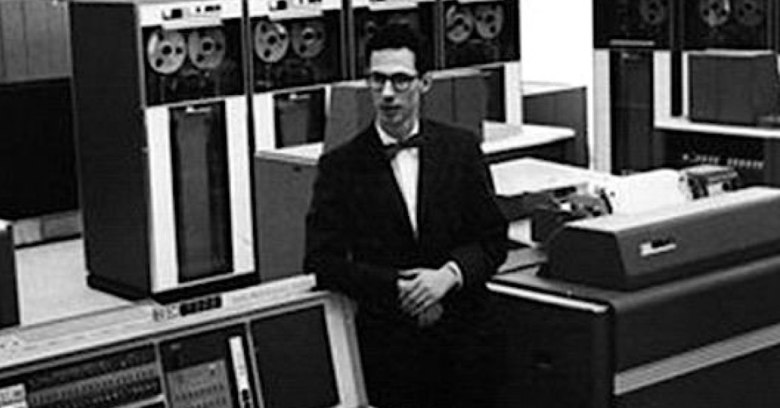 Almost everyone’s heard of Linux – it’s the operating system kernel that’s behind a significant proportion of servers on the internet, including most of Google, Facebook, Amazon and many other contemporary online juggernauts.

In its Android flavour, Linux powers the majority of smartphones out there, and in one form or another it’s also the kernel of choice for many so-called IoT devices such as bike computers, home Wi-Fi routers, webcams, baby monitors and even doorlocks.

Most people who use Linux know that the name is a sort-of pun on Unix, the operating system that Linux most resembles.

And Unix, of course, is the operating system behind a significant proportion of the devices out there that don’t run Linux, being at the heart of Apple’s macOS and iOS systems, as well as the various and widely-used open source BSD distributions.

But nowhere near as many people realise that the name Unix was originally Unics, and was itself a pun on Multics, the ground-breaking multiuser operating system that gave rise to the Unix project itself.

We take it for granted these days

CTSS offered a whole new way of organising computation, one that we take for granted these days on our laptops, servers and phones.

Each user had the illusion that they had a computer of their own, with programs and users protected from trampling on each other’s stuff by a supervisor program that kept control of the hardware and distributed its resources between the various processes running alongside each other.

Multics was to be bigger and even better than CTSS, and – as with many next-generation projects – Multics was ambitious, using brand new hardware built specially for the purpose, and with a large development team split between multiple organisations.

Indeed, the complexity of the Multics project is what led to Unix, which was an alternative, slimmed-down approach described by Unix co-creator Dennis Ritchie as one of whatever Multics was many of.

Ultimately, the leaner, meaner, cleaner, smaller-team approach of Unix won the day, which is why we casually use the term “Unix-like systems” these days as if it were as a synonym for “anything that isn’t Windows” (and even Windows comes with a Unix-like subsystem now).

However, we could just as accurately, and with a more profound sense of history, say Multics-inspired or CTSS-derived instead.

In most ways UNIX is a very conservative system. Only a handful of its ideas are genuinely new. In fact, a good case can be made that it is, in essence, a modern implementation of MIT’s CTSS system. This claim is intended as a compliment to both UNIX and CTSS. Today, more than fifteen years after CTSS was born, few of the interactive systems we know of are superior to it in ease of use; many are inferior in basic design.

The man behind it all

The man behind CTSS and Multics, the man who did the groundwork that made Unix happen, was Fernando José Corbató, better known simply as Corby.

Corby won the 1990 Alan Turing Award – the equivalent of a Nobel Prize in Computer Science:

For his pioneering work organizing the concepts and leading the development of the general-purpose, large-scale, time-sharing and resource-sharing computer systems, CTSS and Multics.

And that brings us to that sad news that Corby died yesterday at the age of 93.

Amusingly, Corby is credited with “inventing” the computer password – Wired magazine, back in 2012, reported:

According to Corbató, even though the MIT computer hackers were breaking new ground with much of what they did, passwords were pretty much a no-brainer. “The key problem was that we were setting up multiple terminals which were to be used by multiple persons but with each person having his own private set of files […] Putting a password on for each individual user as a lock seemed like a very straightforward solution.”

So, even back in the 1960s when computer security was almost an oxymoron, Corby wanted the notion of privacy to be supported by technological controls that kept people out of each others’ stuff in deed as well as in thought…

…which is a legacy well worth remembering as we approach the 2020s and live in a world where we have now have almost all the technological controls we need to keep our privacy truly private.

Ironically, however, we now seem to keep on arguing for contrary controls that run a very real risk of keeping other people out of our stuff in thought only, instead of in deed.