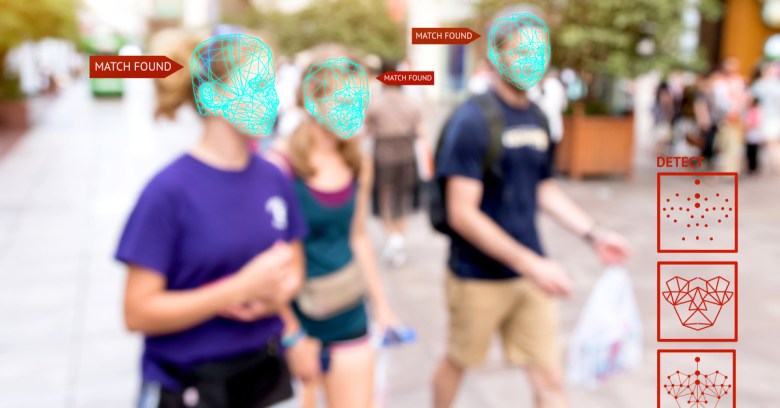 The UK government should suspend trials of automatic facial recognition systems until it can meet regulators’ concerns about the technology, according to a report released Friday.

The report, issued by the House Of Commons Science and Technology Committee, examines the work of the UK’s Biometrics Commissioner and Forensic Science Regulator. It warned that the government does not yet have a well-thought-out strategy for biometrics or a proper legal framework for trialing automatic facial recognition systems. It said:

We call on the Government to issue a moratorium on the current use of facial recognition technology and no further trials should take place until a legislative framework has been introduced and guidance on trial protocols, and an oversight and evaluation system, has been established.

In June 2018, the UK government published a biometrics strategy. However, the Committee took a dim view of it. It warned that it is little more than a list of some things that the Home Office had been doing, rather than a robust roadmap for biometrics ethics and governance. The report said:

It is not really a strategy at all, lacking a coherent, forward looking vision and failing to address the legislative vacuum around new biometrics.

No legislation for new biometrics

While there is a legal framework for managing fingerprints and DNA under the Protection of Freedoms Act 2012, it doesn’t cover facial or voice recognition, the report added. There is no legislation covering the use and oversight of new biometrics.

The UK’s Forensic Science Regulator is responsible for ensuring appropriate standards in forensic science (which would include facial recognition systems) in the UK. It has no statutory powers, meaning that it can make recommendations but not penalise government bodies. The Committee has been asking for these powers since 2011.

The Regulator is also responsible for ensuring effective collaboration with Scotland and Northern Ireland for UK-wide quality standards. When it comes to new biometrics such as facial recognition, the UK has lagged behind Scotland, which has already proposed legislation around its use, the report said.

This isn’t the first recommendation that the Committee has made to suspend trials of automatic facial recognition systems. It made a similar request last year. However, the Metropolitan Police and South Wales Police have proceeded with automatic facial recognition system trials that began in 2016, matching surveillance camera images against a watchlist drawn from custody photographs and other police sources.

In breach of six-year limit on custody photos

The report questioned the legality of these custody images. In 2012, the UK’s High Court ruled that it was unlawful for the government to retain images of people taken in custody indefinitely, and instead introduced a six-year limit. The government hasn’t complied with this ruling, the Committee warned, meaning that police have been using millions of unauthorized images, including those of unconvicted individuals, in automatic matching algorithms as part of these trials.

The Committee isn’t the only body to express concern about facial recognition trials. In early July 2019, researchers from the Human Rights, Big Data & Technology Project at the University of Essex Human Rights Centre published a report calling for the suspension of the police facial recognition trials. The systems used in the six trials made 42 matches, it said, but only 8 of them could be verified with absolute confidence.

The legal basis for the trials was unclear and didn’t take human rights into account, the researchers warned, adding that it was “highly possible” that the trials would be considered unlawful if challenged in court.

These court cases are looming. In his 2018 annual review, the Biometrics Commissioner pointed to a case brought against the South Wales Police by advocacy group Liberty, and Big Brother Watch’s case against the Metropolitan Police and the Home Office. The Commissioner warned:

Any of these judgments could, potentially, lead to a re-think of present legislation.

The UK’s Science and Technology Committee report came days after Oakland City Council in the US voted unanimously to ban the use of facial recognition by city departments, including police. This makes it the third city in the US to ban facial recognition after San Francisco and Somerville, Massachusetts.

The backlash against facial recognition surveillance is certainly growing, with the online activist group Fight for the Future is calling for a Federal ban, calling it a ‘threat to basic rights and safety’.